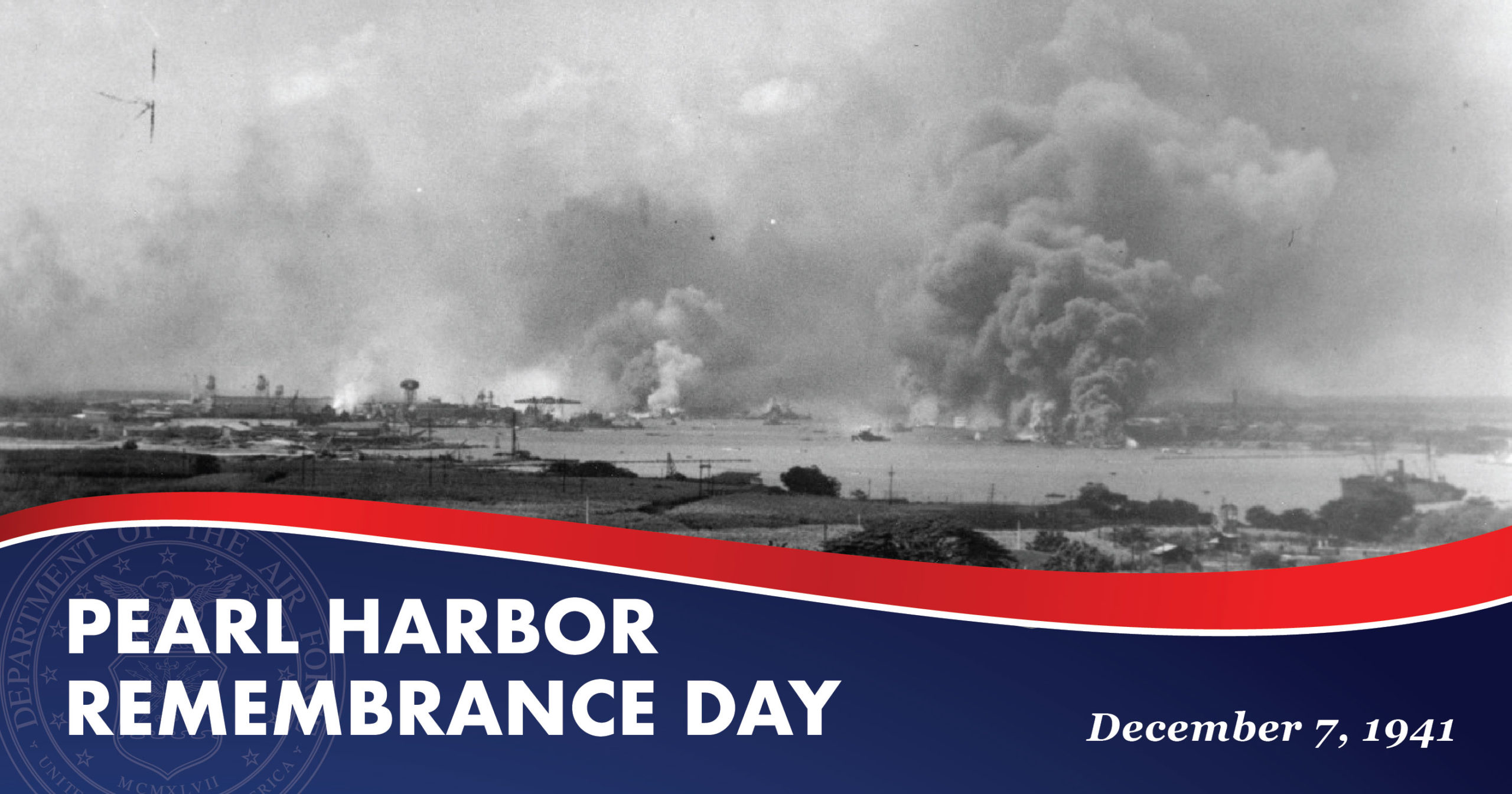 OnÂ December 7, 1941, Japanese planes attacked the United States Naval Base atÂ Pearl HarborÂ External, Hawaii Territory, killing more than 2,300 Americans. TheÂ U.S.S. ArizonaÂ was completely destroyed and theÂ U.S.S. OklahomaÂ capsized. A total of twelve ships sank or were beached in the attack and nine additional vessels were damaged. More than 160 aircraft were destroyed and more than 150 others damaged.

A hurried dispatch from the ranking United States naval officer in Pearl Harbor, Admiral Husband Edward Kimmel, Commander in Chief of the United States Pacific Fleet, to all major navy commands and fleet units provided the first official word of the attack at the ill-prepared Pearl Harbor base. It said simply:Â AIR RAID ON PEARL HARBOR X THIS IS NOT DRILL.

The following day, in an address to a joint session of Congress,Â President Franklin RooseveltÂ called December 7, 1941 â€œa date which will live in infamy.â€ Congress then declared War on Japan, abandoning the nationâ€™s isolationism policy and ushering the United States into World War II. Within days, Japanâ€™s allies, Germany and Italy, declared war on the United States, and the country began a rapid transition to a wartime economy by building up armaments in support of military campaigns in the Pacific, North Africa, and Europe.

Today marks the 80th anniversary of the attack on Pearl Harbor. We honor and remember the 2,403 servicemembers and civilians who were killed during the attack December 7, 1941. #PearlHarborRemembranceDay #PearlHarbor