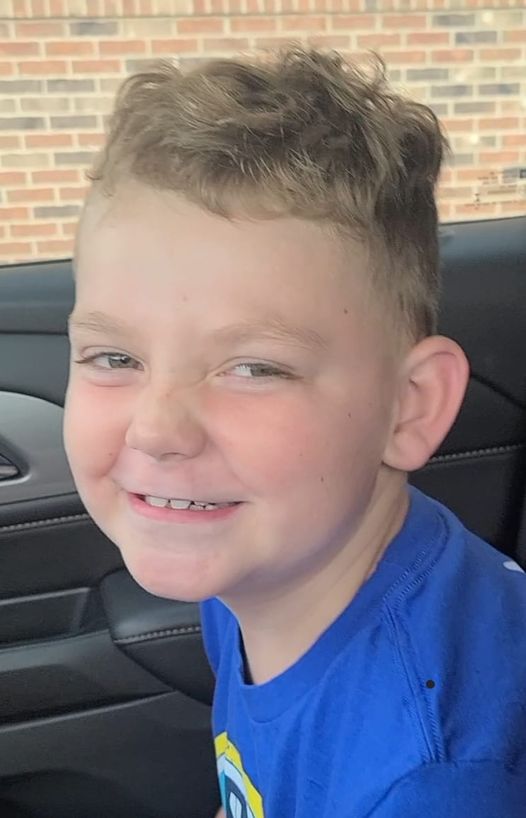 (From his parents)
Just wanted to post a quick update and prayer request for Landon. He has been doing so well and is such a trooper. We spent some time over the last two weeks at St. Jude for him to complete testing/scans. There wasn’t anything really “new” that we learned about his condition. We do know that the bleed on his brain has stopped. There is still blood present, but it looks to be healing up just fine. The new MRI scans did not show any tumors on his spine (thank God!), so we are just dealing with the one in his brain. We were told his tumor is measuring about the size of a golf ball and has grown around the optic nerve. We knew his vision had been impacted from our appointments at LeBonheur. We were finally able to meet with neuro ophthalmologist at St. Jude who did a very detailed scan of Landon’s eyes. Much like we assumed, he doesn’t have peripheral vision in either eye. We are told this is permanent damage. His central vision is blurry or double at times, but is expected to heal as his brain continues to heal. He can still see and has been adjusting fine to the changes. I think sometimes it’s harder for us to remember he can’t see outside of his central vision when we’re trying to show or give him something, but we’re learning

Landon had a port placed in his right chest area last week. He had a rough first night, but hasn’t had any problems with it since. Here’s the prayer request part

. We will find out this week what type of medication Landon will be starting. We know he will be starting chemotherapy, but we don’t know which exact medication–there are two options to choose from. Landon will be in a study group, so the medicine he receives (out of those two) is selected randomly. One medication is the standard treatment for his type of tumor, but has so many scary common side effects. The other has fewer common side effects, but is new to treating this type of tumor. It also has some frightening side effects, but they are less common. One medication is for a year, the other for two years. Please help us pray that Landon will get exactly what he needs and for healing of his body. We are home for two weeks before we go back to St. Jude for more scans, so Landon is attending day therapy these two weeks. Please pray for continued healing on his left side with walking, balance, strength and arm/hand movement.
Thank you so much for helping us praying for our little buddy

Landon is the son of Rachel Hoyle andÂ  Sam and Lauren Talley Hoyle .