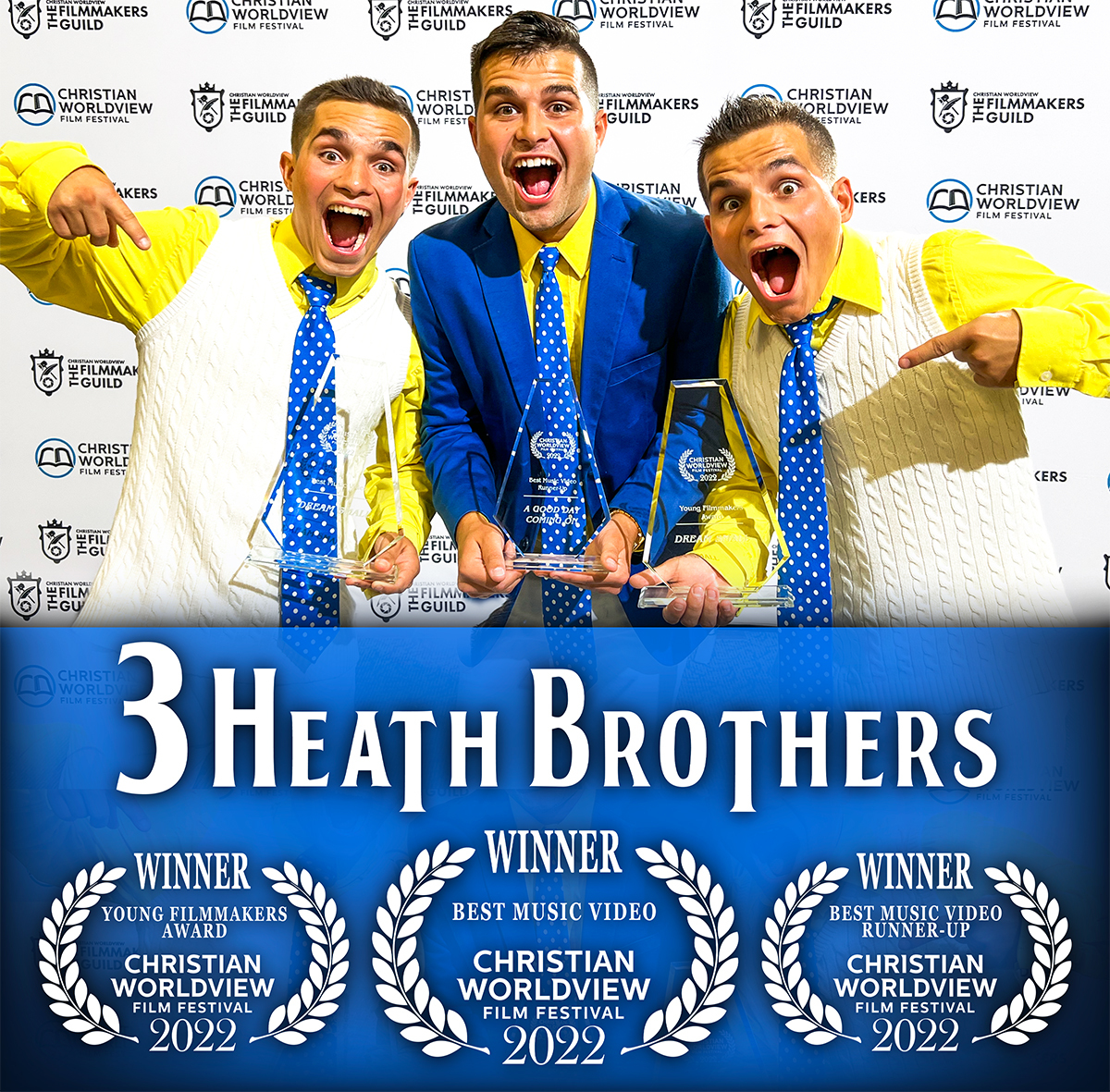 Arden, North Carolina — In July, the 3 Heath Brothers released Into The Deep, their second album on Horizon Records, which puts an emphasis on bold, fresh sounds, new songs and lyrics that offer the eternal Gospel of hope, encouragement, worship and faith in contemporary language.

Now, the trio has released a music video for the title track and recently won awards at this year’s Christian Worldview Film Festival for other video projects.

Filmed in Puerto Rico, the “Into The Deep” music video captures the song’s lyrics, “I’m diving in, into the water / I’m swimming out, farther and farther / Where Jesus is calling me into the deep / Now I’m going in with Jesus / I’m going in all the way” as the Brothers dive off a cliff into the ocean.

Nicholas Heath says he and his brothers, twins Clayton and Christian, have been dreaming about making a music video like this for years.

“Puerto Rico is the most beautiful place we’ve ever been and it was perfect for this video. A lot of people think that the underwater shots were photoshopped but if only they knew the hours we filmed underwater. It was the most challenging thing we’ve ever done,” says Nicholas. “It was hours of swimming down to get the right shot, focusing on making the right facial expressions, lip syncing with the music from an underwater speaker, swimming back up for air at the last possible second…and then swimming back down to do it again. The most terrifying part was jumping off a 50-foot cliff into the ocean.”