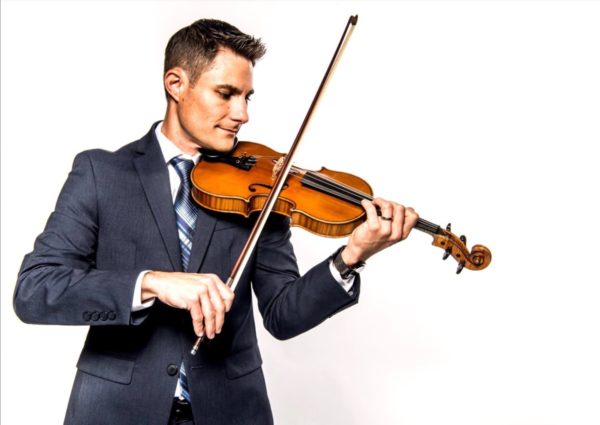 Arden, North CarolinaÂ  â€”Â If there really are â€œbluegrass rules,â€ one of them is surely that the bar for instrumental virtuosity has been set high throughout the musicâ€™s history.Â Yet even by those high standards, four-time GRAMMYÂ® winner Andy Leftwich is something special â€” not just a distinctive fiddler and violinist, but a mandolin player whose work deserves mention alongside such modern masters as Chris Thile, and an accomplished guitarist as well.Â Whatâ€™s more, heâ€™s a versatile composer of a broad range of instrumental music, like the slew of originals presented more than 15 years ago on his acclaimed solo project, Ride.

Now, after years of accompanying others on stage and in the studio â€” most notably as a member of Ricky Skaggsâ€™ award-winning Kentucky Thunder from 2001 to 2016 â€” Leftwich is focusing on his own artistic career with the announcement that he has signed an exclusive recording contract with Mountain Home Music Company.

â€œIâ€™m very excited to be a part of Mountain Home Music Company, and to be partnering with such amazing folks who understand and are committed to the hearts of their artists,â€ says Leftwich. â€œItâ€™s such an honor to be included among a roster with some of the most talented and inspiring musicians on the planet! Iâ€™m looking forward to creating new and exciting music that I hope will inspire others the way these artists have inspired me.â€

Though heâ€™s best known for his contributions to the traditional-flavored bluegrass of Ricky Skaggs & Kentucky Thunder, with whom he shared in five International Bluegrass Music Association Instrumental Group of the Year awards, Leftwich is a stylist whose playing and writing incorporates country, swing, celtic, jazz and classical influences, too.

â€œFrom the day he joined Kentucky Thunder, through his solo project and his work with Rob Ickes and Dave Pomeroy in the string jazz ensemble, Three Ring Circle, to his more recent instrumental settings of hymns and stellar studio work, Iâ€™ve been impressed with Andyâ€™s many talents,â€ says Mountain Homeâ€™s Jon Weisberger.Â â€œWe are excited to have him join the Mountain Home family, and look forward to sharing his music with the world!â€

With Leftwich already at work on an array of all-instrumental recordings that touch on the many corners of his musical world, look for new music from Andy Leftwich on Mountain Home Music coming soon.