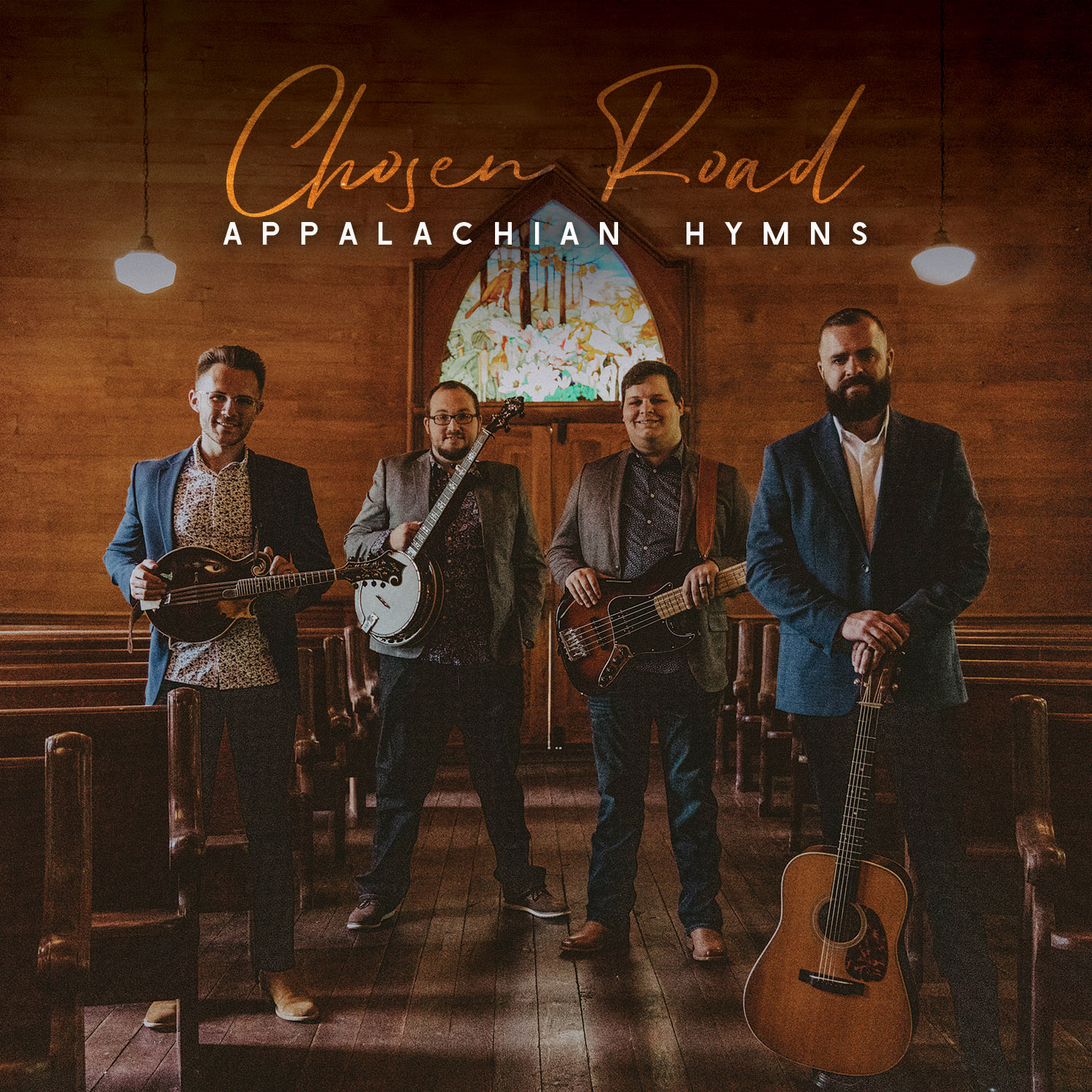 The project’s cornerstone lead single and video, “Be Thou My Vision,” is one of the oldest hymns of the Church, bearing a message as timely today as when the words were first written centuries ago in Ireland. Chosen Road honors their Scotch-Irish heritage with the arrangement, featuring beautiful Celtic instrumentation and intricate harmonies. The track will be available October 29, in advance of the album release.

Other highlights of Appalachian Hymns include the rousing “Brethren We Have Met To Worship” (available November 5); the striking simplicity of “I Stand Amazed”; the gentle, guitar-driven “Turn Your Eyes Upon Jesus”; the a cappella “How Beautiful Heaven Must Be”; and the crowd-pleasing instrumental “Send The Light.”

“For our first hymns record, we wanted to take traditional songs of the Church and pair them with our Appalachian acoustic instruments, while approaching the arrangements and musical settings in our own unique way,” said Chosen Road’s Jonathan Buckner. “When we were deciding what hymns to record, we were overwhelmed with the richness of Truth we found in these lyrics. We began to gravitate towards some of the older hymns and songs we have loved to hear audiences sing for years now. Many of these songs have likely been played on the same kinds of instruments we use, since our ancestors first settled in the Appalachian Mountains. That made both the song selection process, and actual recording, very meaningful and almost sacred for us.”

“Every song on the album points the listener to the Light of Christ and the Hope that is found in Him,” Buckner continues. “It is amazing what singing some of these old hymns can do for the soul when we are facing the unknown. As people listen and sing along to the music, we hope they are encouraged and reminded that God is in complete control. I know we were as we created this project, even though it was during one of the most uncertain times in our lives.”

Chosen Road has carved a singular niche in the musical landscape with their world-class Appalachian instrumentation combined with a passion for sharing and living the Gospel. Comprised of founding member Jonathan Buckner, along with Zachary Alvis, Tyler Robertson and Josh Hicks, the group has been carefully honing their craft since 2009, releasing six albums and performing at festivals, fairs, churches and theatres across the United States as well as overseas. Their 2020 recording, Appalachian Worship, reached #4 on Billboard’s Top Bluegrass Albums chart, and remained a fixture there for a notable 30 weeks. Throughout their career, the ensemble has garnered six Top 10 Bluegrass radio singles, including the #1 “When I Get Home,” and performed on stages alongside such greats as Doyle Lawson & Quicksilver, Dailey & Vincent, and The Isaacs. With deep roots in the Baptist tradition, the band has an ongoing partnership with the North American Mission Board’s (NAMB) Church Replant and Revitalization Team, where they help increase awareness about the number of churches closing their doors each year.