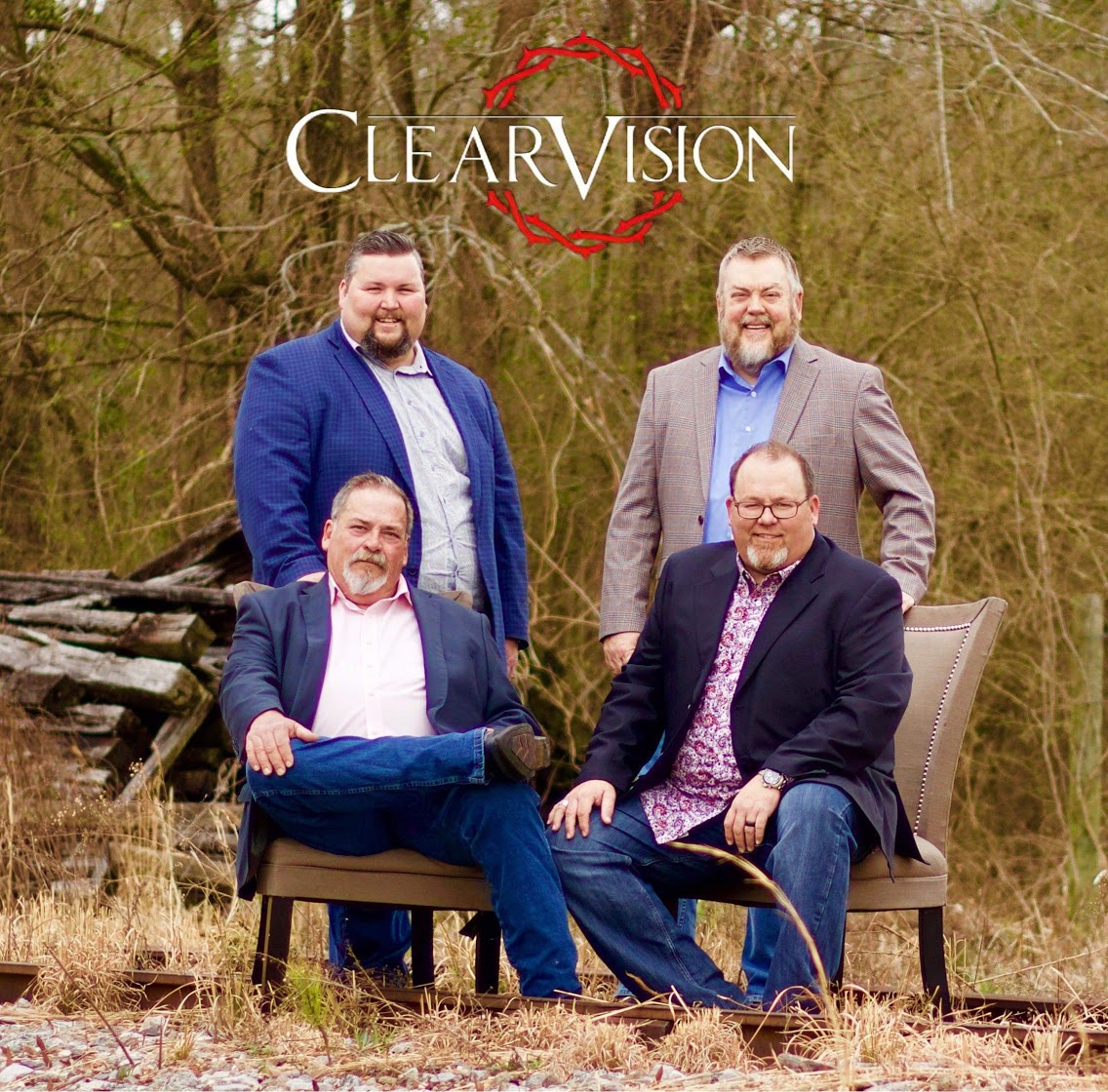 Oxford, AL â€” Oxford-based southern gospel quartet and Chapel Valley Studios recording artist Clearvision Quartet, has announced the hiring of Donnie Marr as the groupâ€™s new tenor vocalist. This hiring will also result in a change of rolls for a couple of longtime members of the group.
Marr comes to Clearvision with over 30 years of experience in southern gospel music. He has sang with such groups as Rabbit Easter Band, Exalted, Perkins Revival and Pardoned, along with The Southmen Quartet from Alabama. He and his wife Shasta live in Albertville, AL and have 4 children.
Group manager Steve Dover stated, â€œHaving Donnie come on board to minister with us was definitely a â€˜God Dealâ€™. We talked a few years ago but the timing was not right. Iâ€™ve known him for almost 20 years and he is one of the finest vocalists that Iâ€™ve ever heard. He is a true southern gospel tenor and his love for this music is evident in the way he presents his craft from the stage. But more than that, he is an example of how we should live our lives off of the stage. He is a husband, father, business owner and much more â€“ putting God first in every aspect of his life. We are blessed to have him join our team.â€
Marr had this to say about the move, â€œ…when God is in it you just have to walk on and say yes! When Pardoned came off the road in December 2020, my plan was to just stay home but God had other plans for my life. I have no doubt this is totally God!â€
With the addition of Marr to the vocal line-up, this will cause a couple of the members to move into new rolls onstage. Dover explains, â€œFor the past few years Iâ€™ve swapped back and forth between the lead and baritone vocals. Within the past couple of years my voice has not been as strong in the lead range as I needed it to be to continue to be effective. When our lead vocalist left late last year, I knew I would not be able to continue singing lead. With Donnie anchoring the tenor spot now, that allows our current tenor, Tony Sheppard, to shift to the lead position and me to return to baritone. Iâ€™m excited about this change and canâ€™t wait to see how God is going to use us moving forward.â€
â€œThis season of transition would not have been possible without the help and dedication of former full-time vocalist Chris Fugattâ€, Dover concluded. â€œHe stepped in when we needed him most and was a tremendous help. We appreciate his dedication and support during this time. He is definitely a CVQ member for life.â€
Marr was officially announced as the groupâ€™s newest member at Southern Gospel Weekend, which is held in Oxford, AL every March. Be watching for more exciting news in the days ahead.
###
Clearvision Quartet is an all-male southern gospel quartet based in Oxford, AL. The group has been in ministry for over 10 years traveling mainly in the southeast. Their latest recording with Chapel Valley Studios is entitled â€œFaith, Hope and Loveâ€. So far, one song has released to radio from that project entitled â€œI Will Stand for Jesusâ€. For more information or to book Clearvision Quartet for your next service, call 256.342.5640. The group can also be contacted through Facebook and Instagram @clearvisionquartet.