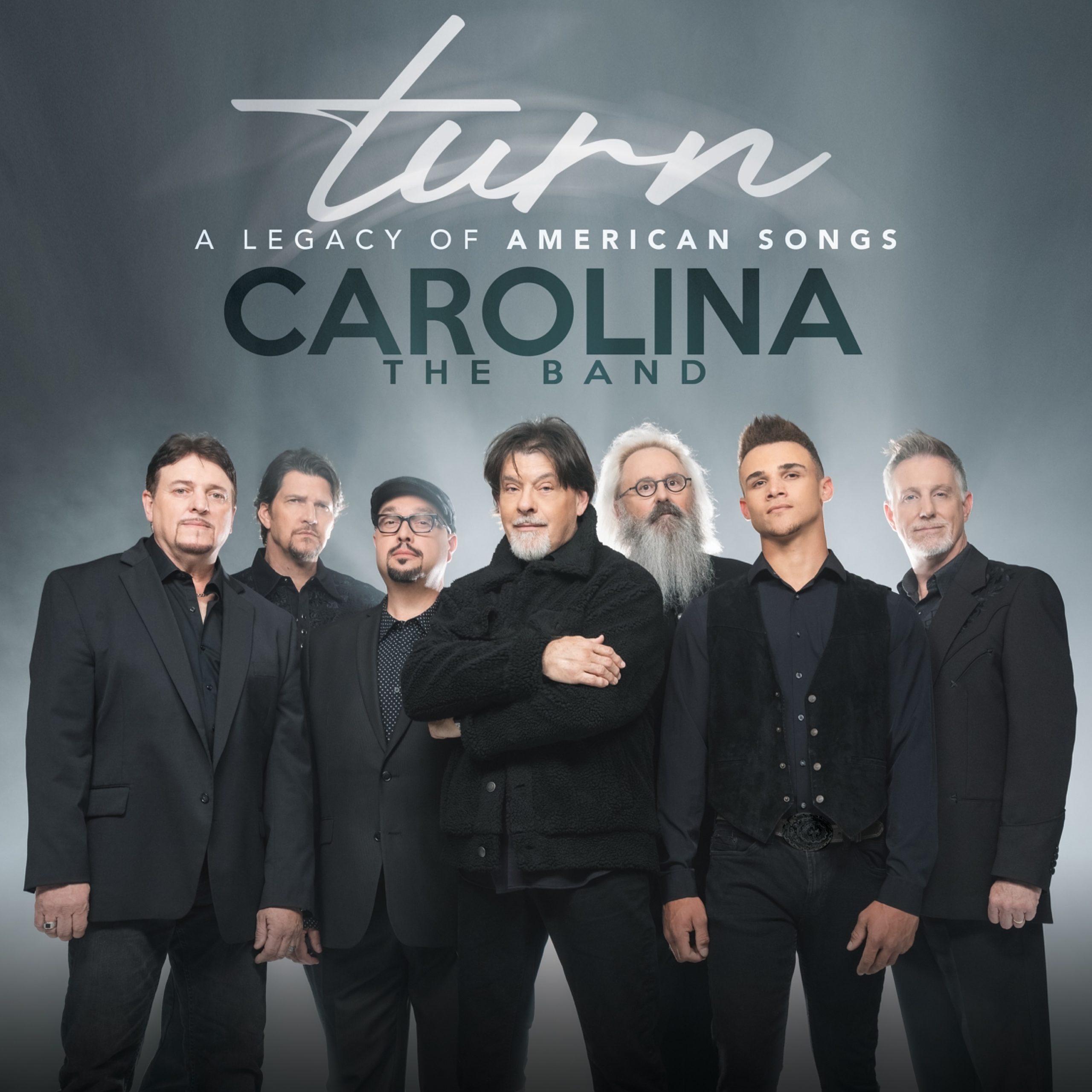 Nashville, TN – In an effort to preserve the American Songbook, and provide a home for artists who represent this timeless music, Club44 Records was established in 2019. Since the company’s formation, Club44 has served as the creative home for many singers, instrumentalists and writers dedicated to maintaining the legacy that shaped American culture. Club44 continues to offer even more diversity and musical enjoyment as they present the July 1 release of Turn – A Legacy of American Songs from Carolina The Band.

Carolina The Band originally formed in 2006, following the official retirement of the Melody Masters Quartet, a name synonymous with Southern Gospel Music. Legendary names such as James “Big Chief” Wetherington, Jake Hess and Wally Varner at one time or another were members of Melody Masters. That rich tradition was carried on by Scott Whitener, Roger Burnett and Chris Roberts in a very popular and critically-acclaimed version of MMQ during the late 1990s. One by one, MMQ members began to retire and following a brief Reunion Tour in 2004 and 2005, Whitener, Burnett and Roberts decided to launch a new endeavor that became known as Carolina.

Today, Carolina The Band is breaking new ground with songs that celebrate faith, family and freedom. With this new release, Turn – A Legacy of American Songs, the 2020 Diamond Award Best New Artist winner delivers classic songs from the 1950s, 1960s and 1970s that take each listener back to a simpler time. The recording features a timeless repertoire of great American songs, held together by progressive arrangements and rich vocal harmony.

The title cut, “Turn! Turn! Turn! (To Everything There is A Season),” made popular by The Byrds in the 1960s, shares the message of the third chapter of Ecclesiastes. “The first eight verses of the third chapter of Ecclesiastes seem like the unlikely text for a global hit song from the late ‘50s,” explains group member Scott Whitener, “but that’s exactly what folk icon Pete Seeger came up with when he wrote the song. Once the ‘60s rolled around, the song struck a chord with audiences during those turbulent times, and the song became a career-defining hit for The Byrds.” Decades later, the cry for peace feels just as poignant and timely as Carolina The Band recreates the magic and reverence of the song.

“Turn! Turn! Turn!” is one of nine cuts Carolina The Band chose for this musical walk down memory lane. Other popular tunes include “I Can’t Stop Loving You,” “Green, Green Grass of Home,” “Little Green Apples” and “Carolina In The Morning,” just to name a few. “When we decided to record an album of iconic songs from the American songbook, ‘Carolina In The Morning’ was one of the first we selected,” Whitener shares. “Dean Martin, Doris Day, Judy Garland and so many others have cemented the song’s place in musical history, and we chose it not just because of the geographical ties, but because we really wanted to give it male harmonies and a unique arrangement, somewhat different from other versions recorded by so many music icons.”

Club44 Co-Owner and Producer Wayne Haun shared his sentiments for both the songs and the recording, “Listening to this record reminds me of being in the back of my parents car in the 1970s, listening to the radio. These songs shaped me. I’m sure I’m not the only one. I know you’ll enjoy listening to it as much as we enjoyed recording it!”

Refreshing and unique arrangements and iconic classics promise to provide hours of listening delight to audiences who add this collection to their playlist, as Carolina The Band pays tribute to songs that helped pave the way in American musical history, while celebrating family, faith, freedom and the familiarity of home.

Turn – A Legacy of American Songs Song List:
Turn! Turn! Turn! (To Everything There Is A Season)
I Can’t Stop Loving You
Green, Green Grass Of Home
Little Green Apples
Home On The Range
Carolina In The Morning
If I Had My Druthers
Tie A Yellow Ribbon ‘Round The Ole Oak Tree
I’d Like To Teach The World To Sing (In Perfect Harmony)