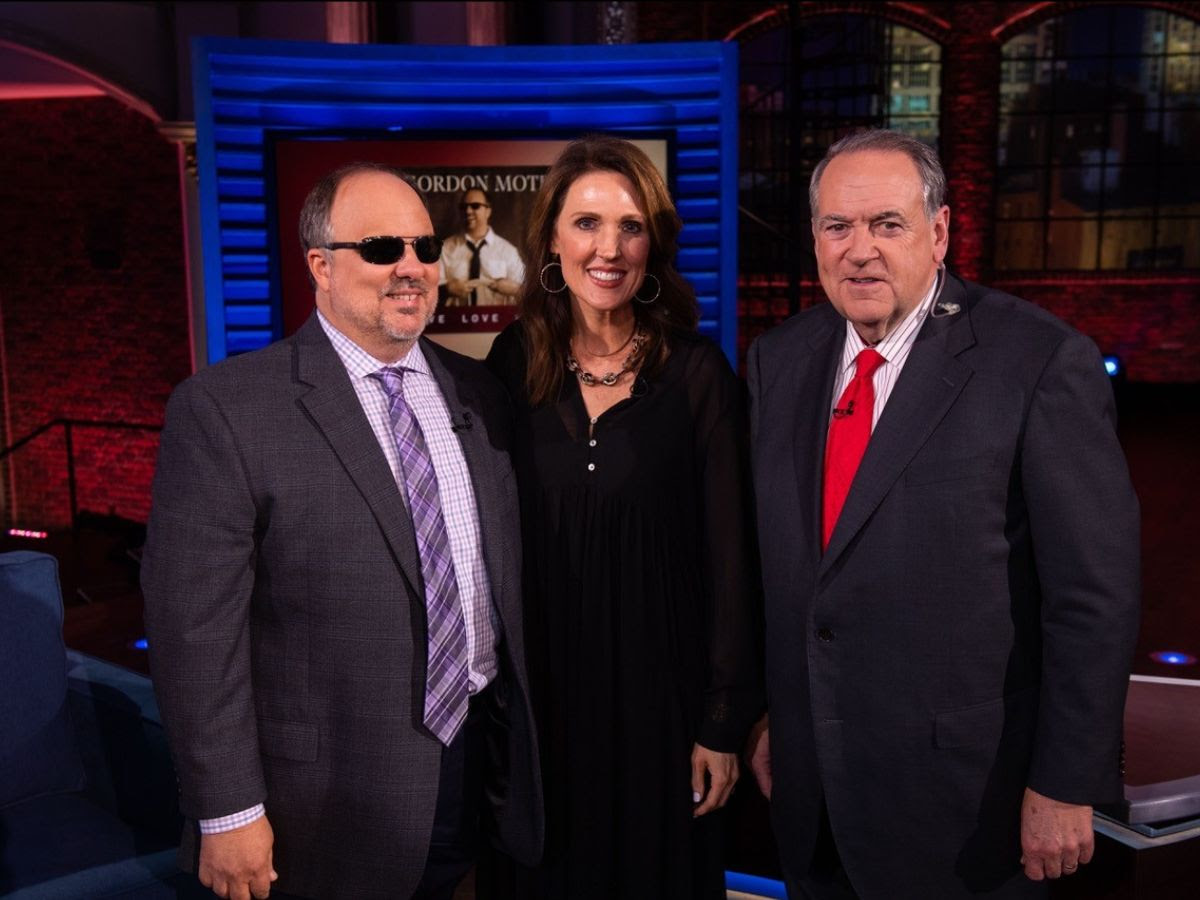 NASHVILLE, TNâ€”New Haven Records artist Gordon Mote and his wife, Kimberly, recently appeared onÂ HuckabeeÂ to share their inspiring testimonies of how the Lord has blessed them through the years. The popular show, hosted by former Arkansas Governor and political pundit Mike Huckabee, airs weekly on TBN.

Mote, a three-time Academy of Country Music award-winner for piano/keyboard player of the year, recounted how it all began, â€œThe only way you can explain it is that itâ€™s a miracle from God. One Thanksgiving Day at my familyâ€™s house, everyone was cooking, playing, watching football, all the stuff that families do. They heard my grandmotherâ€™s old upright piano and wondered who was playing. When they came in, they couldnâ€™t believe it when they saw me, this little bitty guy, three years old, playing â€˜Jesus Loves Meâ€™ with both hands.â€

If that wasnâ€™t amazing enough, Gordon has been blind from birth.

â€œAlthough I had hoped to do something in music,â€ Mote continued, â€œI never dreamed I would be able to do what God has allowed me to do.â€ After graduating from Nashvilleâ€™s Belmont University with honors, Mote was asked to join Lee Greenwoodâ€™s band. Since then, Mote has become an in-demand concert and studio musician playing, touring and recording with some of Country and Gospel musicâ€™s biggest artists, including Porter Wagoner, the Gaither Vocal Band, Brad Paisley, Carrie Underwood, Rascal Flatts, Darius Rucker, Blake Shelton, Trisha Yearwood, and Alan Jackson, among others.

Host Mike Huckabee asked Gordonâ€™s wife Kimberly about how their relationship began. She recalled, â€œOne of the things that amazed me is that you forget he was blind; he was just so easy to be aroundâ€¦. He had every quality I that I ever wanted in a guy; the only drawback was that he couldnâ€™t drive, and I decided that just didnâ€™t matter!â€ Their marriage has flourished over the years. In a special online â€œAfter the Showâ€ segment, Gordon performedÂ â€œIf They Could See You Through My Eyes,â€ a love song to Kimberly. To introduce the piece, Gordon said, â€œI wanted the world to know I see a lot more than you think!â€

When asked about his most memorable recording session, Gordon replied, â€œI think the giddiest I ever got was when I was called to play for Lionel Richie. You grow up playing all those Commodore songs. We were both from Alabama. That said, Iâ€™ve gotten to play with some of the greatest entertainersâ€”both in secular music and Christian music. I traveled for a long time with the legendary Bill Gaither. I went from knowing him a little bit to producing the Gaither Vocal Band. This is the fourth album Iâ€™m working on for them.â€

To close the show, Mote performed a rollicking track from his Grammy-nominated album,Â Love Love Love, entitledÂ (â€œIf Youâ€™ve Got Time to Worry, Then Youâ€™ve Got) Time to Prayâ€Â with the Music City Connection house band featuring Governor Huckabee sitting in on bass.