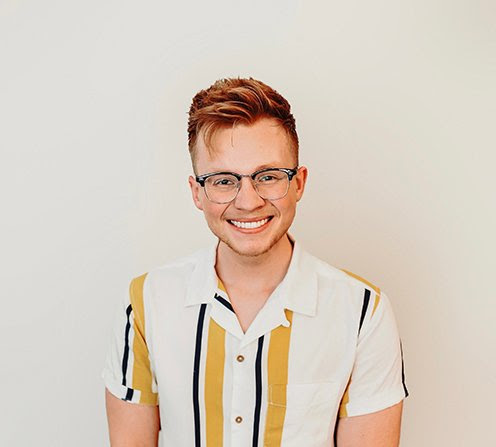 Nashville, TN – Stand-out vocalist Logan Smith is pleased to announce the release of a brand new single as part of a new partnership with Main Street Music & Entertainment.

Despite still being one of the younger artists in the genre, Logan Smith has a vast resume of experience within Southern Gospel music. Having recorded his first project at the age of ten, Logan was first introduced as part of the Gaither Homecoming Tour in 2008 and quickly gained popularity for his renditions of popular Goodman Family classics. From there, he went on to record six additional solo albums, and toured across America, Canada, as well as multiple Norwegian tours, all before the age of 20. Logan recently became known as part of the award-winning trio, 11th Hour, with whom he toured for several years and recorded two projects featuring several radio hits.

Now returning as a solo artist, Logan has set out to create a new platform all his own. His music is rooted in preserving the rich, traditional sound that Southern Gospel fans all know and love, while also adding his fresh, new interpretation. As part of the 65South record label, Logan looks forward to continuing to produce his unique blend of history and future, familiar and fresh.

“I am so excited about this new season with Main Street,” shares Logan Smith. “It’s been a decade since I’ve released an original song to radio, so I’m thrilled for everyone to hear ‘Living In You.’ Thank you to Q and Dani Phillips for taking a chance on me. I’m optimistic for the future and thankful to each and every one of you for following along on this journey. After 15 years in the industry, I feel like we’re just getting started!”

The first single released through this new partnership, ‘Living In You’, is available now on all streaming and digital platforms, in addition to playing on Southern Gospel radio stations across the country. The mid-tempo tune reminds listeners that the Christian life is more than attending church and living a good life, but true salvation is found only through the redemption offered through Christ.

The release of a full-length project is anticipated later this year.