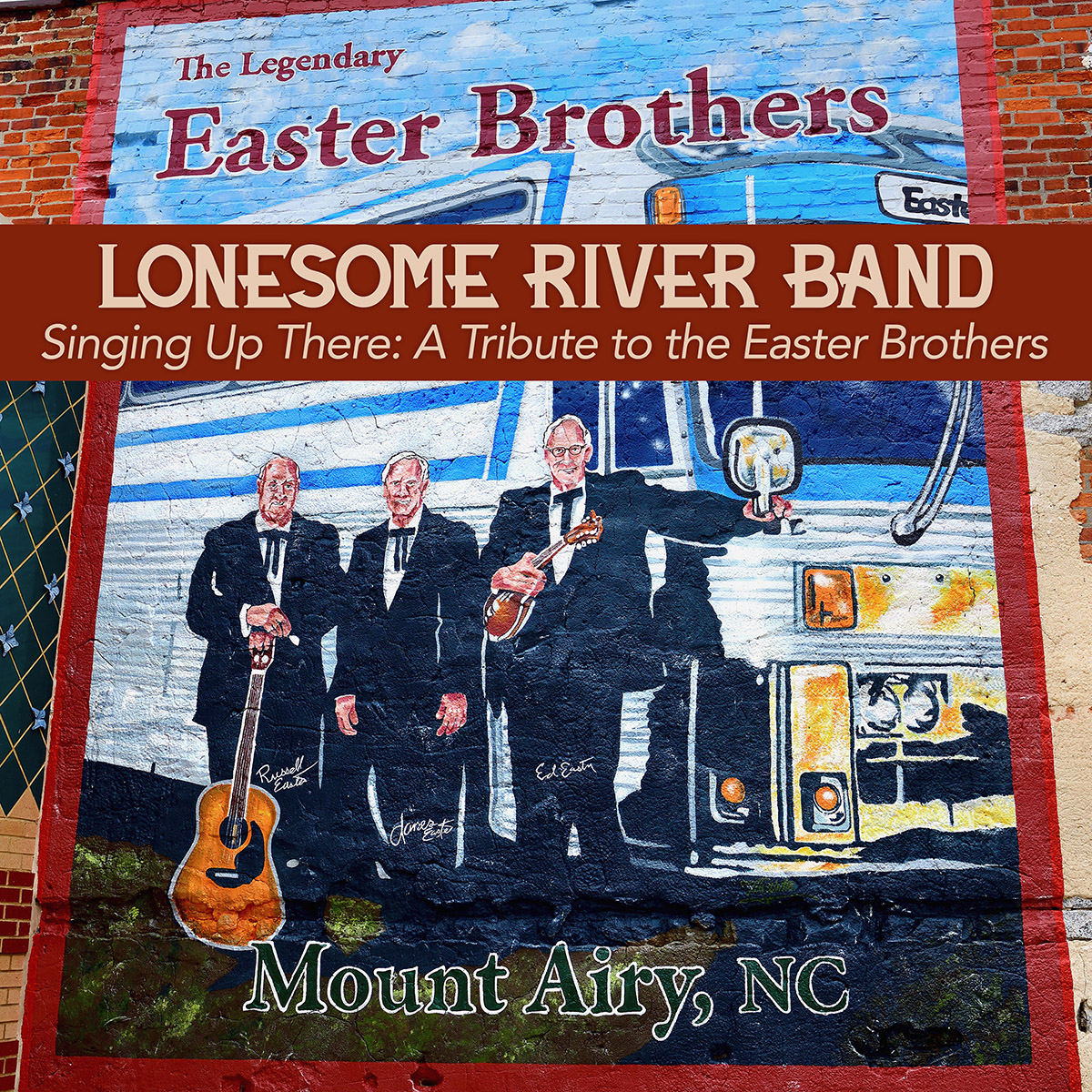 Arden, North CarolinaÂ  â€” As the legendaryÂ Lonesome River BandÂ heads toward its 40th anniversary, the bandÂ is paying homage to another great musical legacy withÂ a full-length tribute by one working band honoring another working band from days gone by.Â Singing Up There: A Tribute to the Easter Brothers isÂ out now from MountainÂ Home Music Company.

Pioneers in turning the already significant strain of gospel themes in songs performed by first-generation bluegrass artists like Bill Monroe, Flatt & Scruggs and, especially Reno & Smiley â€” friends from the groupâ€™s earliest days â€” into an exclusive focus, the Easter Brothers helped to pave a â€œbluegrass gospelâ€ road that would be traveled by a steady stream of acts who channeled their Christian convictions into a musical world ruled by banjos and fiddles, flat-top guitars and mandolins. For well over a half century, the Brothers were a regular presence in churches, at festivals, on television and radio shows, and made an avalanche of records, while contributing a number of songs to the bluegrass, and especially bluegrass gospel songbooks.

â€œGrowing up in Patrick County, Virginia, I was influenced by a lot of Bluegrass Gospel,â€ recalls Lonesome River Bandâ€™s award-winning banjo player, harmony vocalist and leader, Sammy Shelor. â€œOne of the strongest groups in that genre was The Easter Brothers, from just down the road in Mount Airy, North Carolina. Their songwriting and harmonies were so strong and inspiring to me in my youth, and it has stayed in my heart all these years. We are so happy to be able to pay tribute to these fine gentlemen and the legacy they have created.â€

With years of playing together under their belts, this edition of LRB â€” Shelor, fiddler Mike Hartgrove, singers Brandon Rickman (guitar), Jesse Smathers (mandolin) and bassist Barry Reed â€” echoes the Brothersâ€™ long familiarity with one another as they explore the breadth of the Brothersâ€™ career and catalog. There are Southern Gospel-flavored songs like â€œStanding On The Banks,â€ mountain-flavored meditations like the classic â€œLord, Iâ€™m Just A Branch,â€ the early favorite, â€œEvery Minute Means A Mile,â€ the more recent â€œLittle At A Timeâ€ â€” this version already a hit single forÂ LRB â€” and more, each showing a different facet of the Brothersâ€™ catalog and sound, delivered by musicians for whom this sound and these songs are almost second nature.

â€œWe want to sincerely thank the Easter Brothers for all the years these gentlemen shared the blessing of their music all over the country,â€ adds Shelor, â€œand the many miles they traveled to do so. It was truly anointed, and done for the glory of God; you can hear it in the lyrics. Please go back and listen to the original recordings of these great songs â€” it will be a blessing!â€

Listen toÂ Singing Up There: A Tribute to the Easter Brothers HERE.