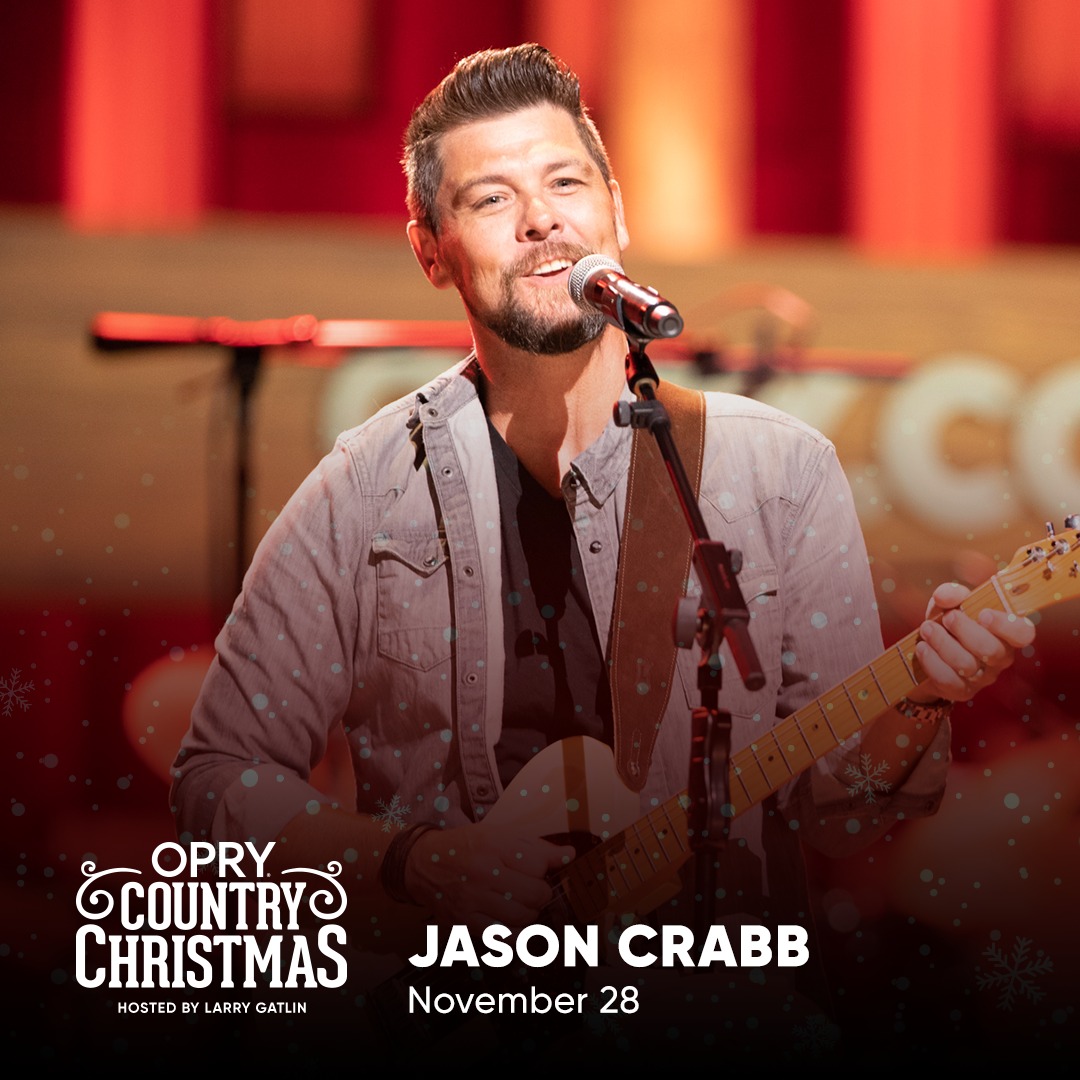 NASHVILLE, Tenn. (November 26, 2021) â€“ Christmas is a season of beloved traditions â€“ from trimming the tree, to singing carols and most of all, celebrating the birth of Jesus. This year, the Grand Ole Opry has announced the start of a new tradition, an Opry Country Christmas.

Hosted by GRAMMYÂ®-winning Opry member Larry Gatlin, Opry Country Christmas will showcase songs of the holiday season during shows November 28, December 5, December 8, and December 12. Each show will feature Opry members Larry Gatlin & The Gatlin Brothers and Riders In The Sky plus Mandy Barnett and Country Music Hall of Famer Charlie McCoy, along with additional Opry members, special guests, and spotlight artists. Each show is made up exclusively of country Christmas favorites.

“Christmas is all about traditions,” says Jason Crabb. “I’m excited to help launch a new tradition, right here in Nashville, at the Grand Ole Opry. Itâ€™s an honor each and every time to step onto the Opry stage. I canâ€™t wait to kick off the Christmas season at the Grand Ole Opry this Sunday! See ya there.â€

All Opry Country Christmas shows will air on WSM Radio as well as WSM and Opry digital platforms. Tickets for Opry Country Christmas may be purchased at opry.com.
Home for Christmas, the latest holiday offering from two-time GRAMMYÂ® Award winner and 22-time Dove Award honoree Jason Crabb, has recieved rave reviews. The three-song EP was produced and arranged by the late Tim Akers (Reba McEntire, CeCe Winans), along with GRAMMYÂ®-winning Rascal Flatts founding member and Red Street CEO Jay DeMarcus.
The project features two original selections as well as Crabbâ€™s new rendition of the Mark Lowry and Buddy Greene-penned Christmas classic, â€œMary, Did You Know?â€ With its horn-studded R&B groove, the nostalgic title-cut, â€œBeing Home For Christmas,â€ was written by Crabb, Don Koch, Caleb Ward and Jordan Ward and celebrates the importance of family above the trappings of the season. And â€œWho Couldâ€™ve Dreamed?â€ is an Inspirational pop ballad penned by Koch, Akers and Tony Wood spotlighting the true meaning of Christmas as Crabb proclaims, “Who could have looked into that holy stable and seen the shadow of the cross?â€
Home for Christmas previews Crabbâ€™s full-length holiday recording set for release next year. â€œWhen I signed to Red Street and Jay asked me what I wanted to do, I told him a Christmas project was one of my dream records,â€ Crabb shares. â€œIâ€™ve been doing music for a while now, and you hope and pray for something that helps define your legacy. I think this Christmas project is that record for me. These are the songs I hope my grandkids will grab hold of and be proud of what Grandpa did.â€
â€œI was so honored to work with Tim Akers again, and this was his last project,â€ Crabb says. â€œHe was a friend and weâ€™d collaborated before, but this time was special. Tim was producing and arranging the strings for the record when his leukemia came back. He even sat in the hospital in his last days and worked on the music. Nashville lost an amazing talent in Tim, and I really want this record to honor his life. We love you, Tim.â€
Home for Christmas arrives on the heels of Crabbâ€™s June Red Street Records debut, Just As I Am. Produced by DeMarcus, the five-song EP is highlighted by the title-cut and lead singleâ€”a powerful declaration of faith in the One who is constant and sure.