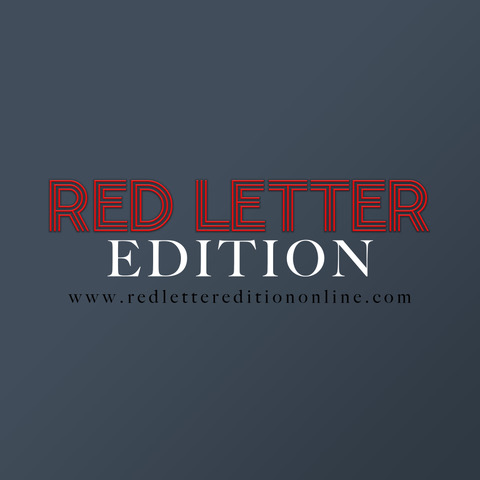 Atlanta, GA — A brand new group, Red Letter Edition, enters the world of Christian music with a zeal and passion to uplift and captivate the hearts of listeners worldwide. As the group puts the finishing vocal touches to their first upcoming album, they have decided to release the new lyric video to their first radio single, “Holy Water,” to introduce fans and listeners alike to the sounds of Red Letter Edition.
Tenor, Jeremy Peace states: “Just three months ago, if you would have told me I would be singing once again, in any capacity, I would have shaken my head and said it is not possible. After enduring my second stroke, which left me with speech, memory and mobility issues, I had resigned to the fact I would never sing or play another note of music. But in Jesus, there is healing power and because of His touch, I’m 100% back to normal! Not only did I have the support of my family and church, but there were 3 men who stood by my side through it all and never gave up on me. I’m honored to have these men on my team as we begin the journey of releasing new music that we feel will not only reach those who love and support Christian music, but will garner new fans along the way.”
The new group consists of vocalists Jeremy Peace, Marcus Faulknor, Anthony Patton and Keith Plott. Jeremy mentions, “When I had the chance to hear Marcus and Anthony on separate occasions as I worked as a producer, I was blown away by their voices. My wheels began to turn and so I called bass vocalist Keith Plott, to see if he would be interested in driving up for an impromptu rehearsal, just to see what we would sound like. It didn’t take us long to realize we had something we could present to the whole world.”
Red Letter Edition will primarily focus on releasing music and video content to the major social media and streaming platforms with a secondary focus on limited concert appearances, including a live band, sound and lighting!
As you await more exciting news coming from Red Letter Edition in the near future, you can watch the lyric video to their latest radio release, “Holy Water.” Just click the link below.
https://youtube.com/watch?v=18pK4RQHC8c
DJs can find the single, “Holy Water” on Daywind Radio Disc May, 2021 and on Premier Radio Disc June, 2021.
You can also find Red Letter Edition on Facebook, Instagram, Youtube, or on their website at:
www.redlettereditiononline.com