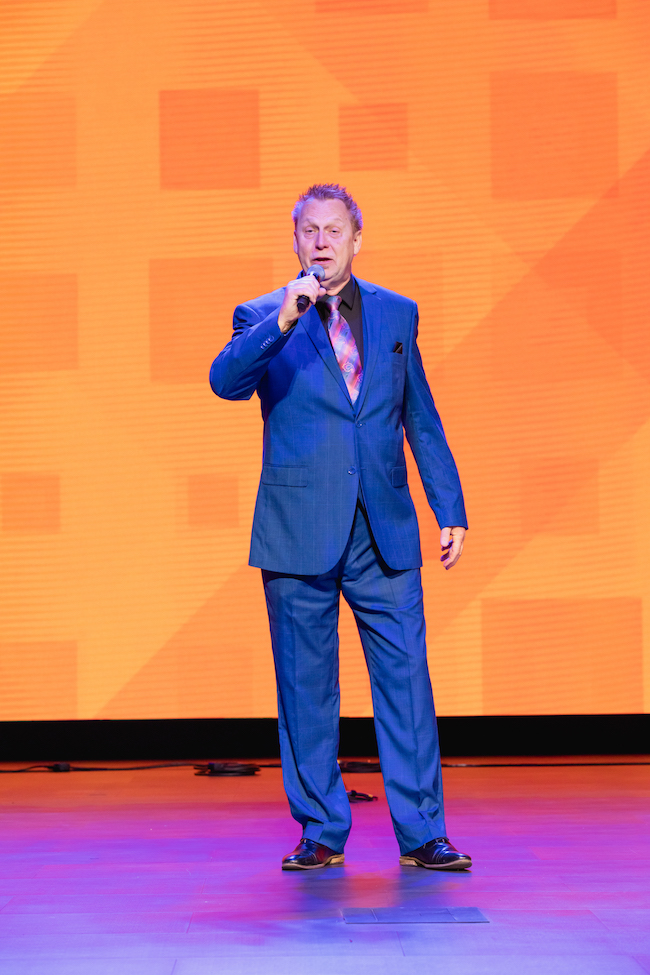 Franklin, TN  On the morning of May 11th, 202, prior to that days regular concerts at the Ark Encounter in Williamstown, KY, Steve Hess suffered a major stroke.  Steve spent the next 4 weeks in an intensive care unit at the UK Hospital in Lexington, including 4 days on a ventilator. The medical staff informed Steve’s family that he was fortunate to have survived the stroke and would more than likely not regain his ability to walk. Those were some touch-and-go weeks for Steve as he faced health complications and underwent several emergency medical procedures. Steve progressed enough  during that first month to move to a rehab facility for 5 weeks with a beginning status at “zero mobility”.
Steve continued to progress in his rehabilitation and was released to his home where he continued to pray and work on his progress, determined to return to the stage at the Answers Center Theater and rejoin the group, Southern Salvation.
On September 16th, just a little over 4 months after suffering a major stroke, Steve Hess walked onto the stage and performed “Through It All” with Southern Salvation. Steve and the group finished the afternoon concert with CEO and Ark Founder, Ken Ham, accompanying them on piano for several hymns and choruses.
Steve wanted to share this about his return, “I already felt so blessed to be in the resident artist position at the Ark Encounter and be involved with such a great ministry for the past few years. After suffering a major stroke, I feel blessed beyond measure to have my life restored, to have my ability to walk and to have my ability to sing.The feeling of gratitude I have to be able to return to The Ark and continue spreading God’s Word is more than I’m able to fully express or put into words. All I can say is I am blessed and to God be the glory!”
The moment of Steve’s return was captured by his wife Tootie, and can be viewed on YouTube: “Through It All” (Live) – Steve Hess and Southern Salvation