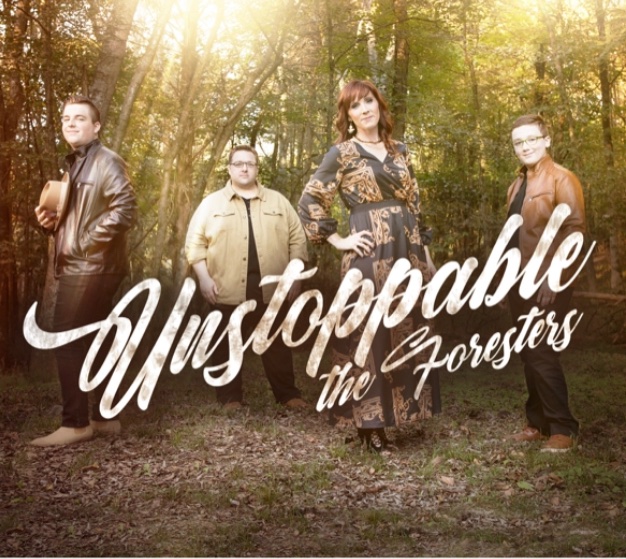 The Foresters, along with Godsey Media Management, are thrilled to announce the release of their new album, â€œUnstoppable.â€ It is the culmination of a yearâ€™s worth of work by this amazing family of four, and some of Christian and Gospel musicâ€™s best and brightest. Featuring all original material, this album explores new Gospel music territory while holding fast to the lyrical themes we love that are still so relevant today. Scott Godsey (Producer) and Scott Williamson (Drums and Mix) lend their expertise to complete the package.

The Foresters are a family band. Led by their father, Mark, Tyler and Trevor play their instruments live onstage for over 200 audiences a year. Andrea adds her powerhouse vocals to the mix and they are better than ever on â€œUnstoppable.â€. Trevor, now 12, also takes an expanded vocal role on this album.

Michael Booth says of the album, â€œWhen I heard The Foresters latest effort in recording I was blown away by the high end quality of the work. This family, along with producer Scott Godsey launched themselves into the big leagues with this new album â€˜Unstoppable.â€™ They have honored The Lord by giving every ounce of talent that they possess to craft this fine work of art.â€

Scott Godsey explains, â€œYou mix great songs with a talented family, that is powerful. But if you want a powerhouse ministry, you have to love people and show it. The Foresters are the total package and Iâ€™m honored to be a part of the music they create.â€

Mark Forester states, â€œWe listened to more than 1,000 original songs that were pitched by writers everywhere. It took about 5 months to narrow down! Once we had the messages to sing, our amazing team, led by Producer Scott Godsey, helped us create what I believe is our best music ever. We are thrilled to present these lyrics of hope, joy and promise to our listeners.â€

Coming off their first two, ever radio releases, which garnered their first top 25 song. â€œThe God of Gideonâ€ is the newest single on â€œUnstoppable.â€ Itâ€™s currently being released to radio by Susan Whisnant and Brian Crowe.