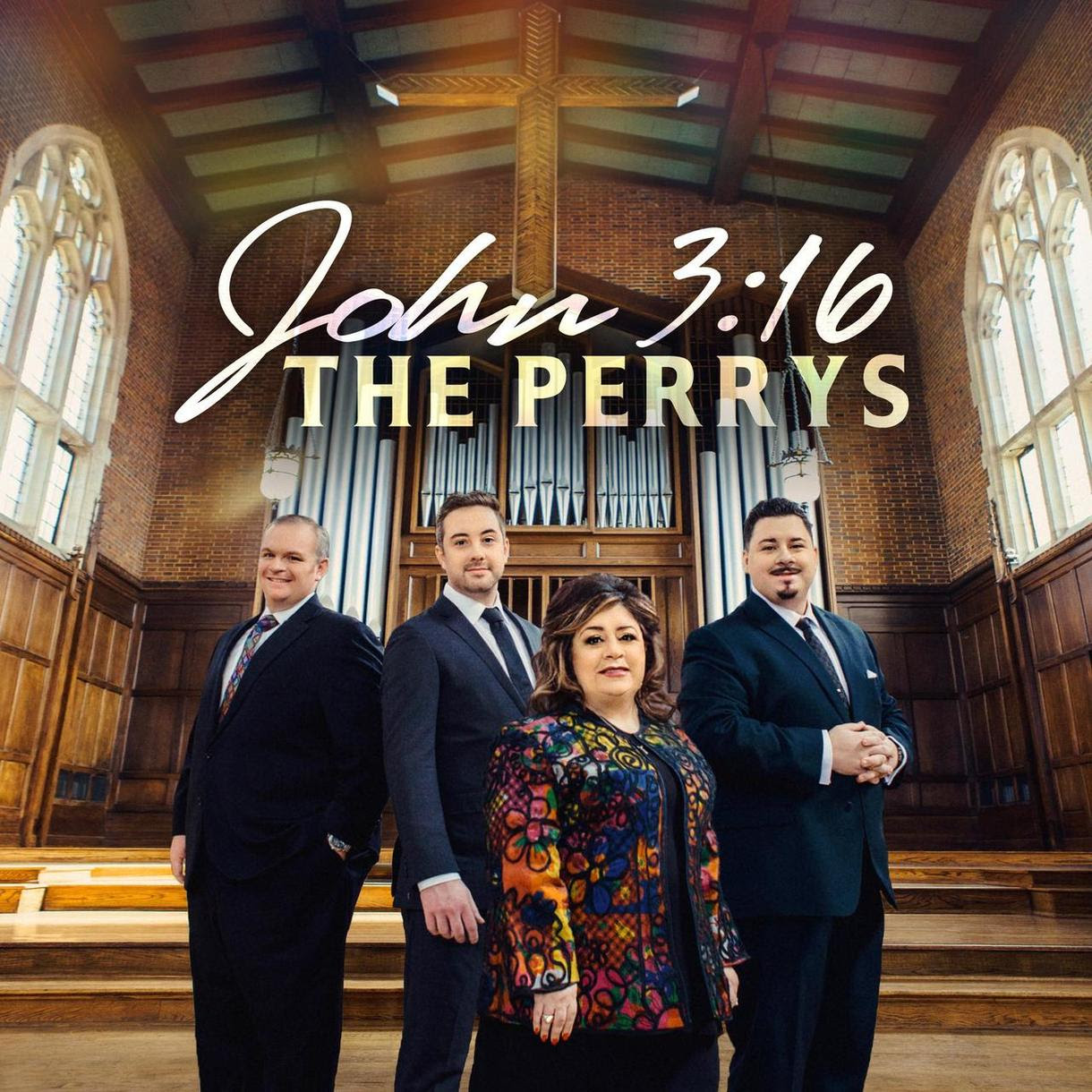 Nashville, TN (May 20, 2022) – StowTown Records is thrilled to announce the release of a brand new recording from multi-award winning group, The Perrys. John 3:16 features this popular group at their very best, delivering powerful songs that have made them a mainstay in the Southern Gospel Music genre for more than four decades.

This latest recording features 10 songs with masterful production, powerful vocals and thought-provoking lyrics from several of gospel music’s most prolific writers, including Joel Lindsey, Wayne Haun, Joseph Habedank and Marcia Henry, just to name a few. In addition to the title cut and first single, “John 3:16 Is Calling Out to You,” co-written by Joel Lindsey and Val Dacus, other cuts include “I Think I’ll Just Go On,” “Heaven To Me” and the timeless classic, “That Sounds Like Home To Me,” written by legendary writers Eddie Crook and Aaron Wilburn. For The Perrys, the song that will be especially meaningful is “Calvary’s Touch,” which was penned by Karen McPherson and the late Kyla Rowland. Just before Kyla’s passing earlier this year, she gave this song to The Perrys for this album, and it may very well be the final new recording of a Kyla Rowland song.

Led by longtime group member, Libbi Perry Stuffle, The Perrys have enjoyed numerous honors and accolades, as well as dozens of radio hits. “It has been amazing to see how God has worked in the lives of Libbi and The Perrys over the years,” states StowTown Records President Landon Beene. “They have endured some very difficult times, but God has honored their faithfulness and their desire to always present the message of the Gospel. StowTown is delighted to have the privilege to present this project to listeners worldwide.”

John 3:16 offers listeners victory, encouragement and redemption, as well as the undeniable message of the saving power of Christ. “John 3:16 is probably the most well-known scripture in the world,” Libbi states. “We have never been ashamed to proclaim that message every time we step on stage. It’s ageless, and we will never grow tired of sharing it.”

For Libbi and The Perrys, it was a thrill to be back in the studio with the group’s longtime producer and friend, Wayne Haun. It was also thrilling to have the opportunity to record songs from several writers who have impacted their musical journey in a profound way. “With all the changes we have experienced over the past few years, we are truly blessed to be able to look back and find consistency,” Libbi shares. “Wayne is a longtime friend and producer and always pushes us to do our very best in the studio. He is also great with helping us find just the right songs. We were blessed to be able to include songs written by some very special friends who have afforded us the opportunity to deliver the eternal message that God so loved the world that He gave His only begotten Son that whosoever believes in Him shall not perish but have everlasting life.”

John 3:16 is distributed by Provident/Sony and is available at digital and retail outlets worldwide.

John 3:16 Track List:
Baptized
Calvary’s Touch
God Did
Heaven To Me
I Think I’ll Just Go On
John 3:16 Is Calling Out To You
Tell The Grave
That Sounds Like Home To Me
Warmin’ Up
Whatever It Takes