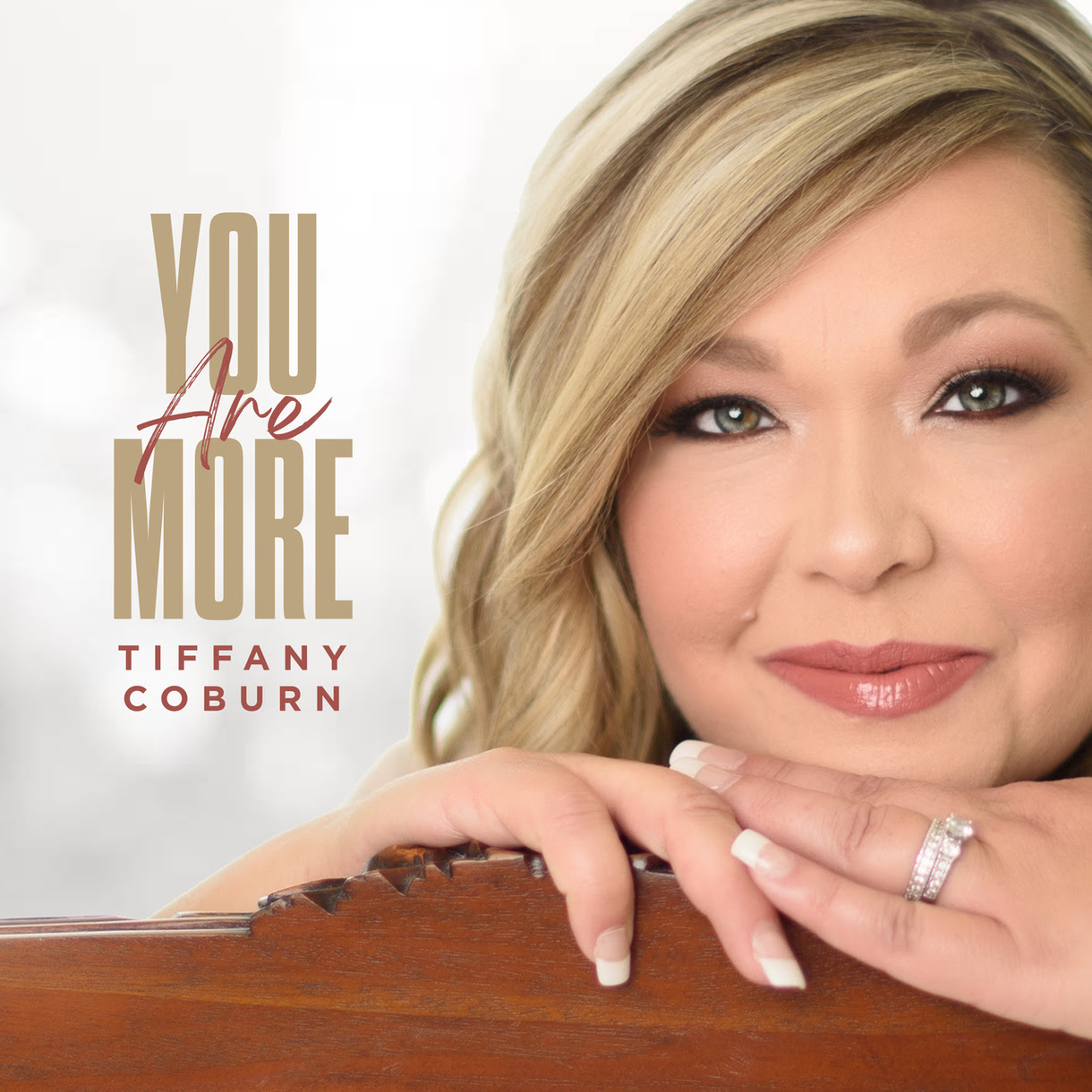 Nashville, TN â€“ StowTown RecordsÂ is thrilled to announce the release ofÂ Tiffany Coburnâ€™s sophomore solo project,Â You Are More. As an artist who is celebrated for her powerhouse vocals that soar high above the music and linger after the cutoff, it would be easy for Tiffany to record big numbers that merely serve to showcase her vocal prowess. Instead, she chose songs based on their timely message of unwavering hope; songs to which she can personally relate. With all-new songs written by some of gospel musicâ€™s top songwriters,Â You Are MoreÂ is a poignant, relevant example of what it means to persevere.

Widely known as a member of the acclaimed acapella group,Â Voctave, and longtime performer withÂ Disneyâ€™s Voices of Liberty, Tiffany is beyond excited to share her latest solo endeavor with the world. She explains, â€œI am so happy to be releasing these songs during spring. Weâ€™ve all walked through a global pandemic and for those of us who are here â€“ it is for a purpose. We are awakening, stepping out into His grace, laughing, working, living, and connecting with others once again.â€ Themes of grace weave an exquisite tapestry throughout each song on the project, highlighting that we are all made in the likeness of God and are able to receive love and forgiveness no matter who we are, where we are, or what we have done.

The title track, written byÂ Wayne HaunÂ andÂ Joel Lindsey, is a beautiful reminder to everyone that they matter. The lyrics relay the message that people of â€œevery shapeâ€ and â€œevery shadeâ€ are â€œwonderfully made.â€Â â€œYou Are Moreâ€Â could not have come at better time. This song is a heartfelt, soul-stirring anthem of encouragement.

â€œRoll Back River,â€Â the first radio single from the project, has hit the airwaves on major radio stations across the country.Â “When I Let It Go,”Â written by Haun, Lindsey,Â Carolyn CrossÂ andÂ Val Dacus, is a hauntingly beautiful masterpiece that speaks of grace coming through total surrender. To close out this album of incredible new songs, Coburn sings a lovely rendition of the classic,Â â€œSeasons of the Soul.â€Â It perfectly sums up the state of hopefulness and spring that Tiffany wishes to convey.

Tiffanyâ€™s breathtaking vocals blend beautifully with the featured guests on the project.Â GrammyÂ® Award-nominated andÂ GMA Dove Award-winning artistsÂ Point of Grace, Ernie Haase & Signature Sound, Joseph Habedank,Â andÂ The IsaacsÂ all make appearances on the album. â€œI am honored that they have all poured their unbelievable talents into this project. It is truly a blessing,â€ Tiffany says.

Embracing Tiffanyâ€™s vision for this album was easy for multi-award winning producer and arranger Wayne Haun. Wayne shares, â€œTiffany is an artistâ€™s artist. She is a teacher, a communicator and a performer. That is evident on this project due to the amount of major talent that wanted to collaborate with her.â€ In addition to extending the invitation to these guest vocalists, Haun invitedÂ Les MisÃ©rablesÂ Musical DirectorÂ Brian EadsÂ to orchestrate one of the tracks,Â â€œThen Thereâ€™s Grace.â€Â Haun continues, â€œShe is one of the most seasoned singers I know. Time and again Iâ€™ve seen lines of young musicians just trying to get two minutesâ€™ worth of her masterful advice. Her talent is seriously off the charts, and yet her humility is genuine. I think this album really reveals her heart, set to music.â€

With versatile musical stylings,Â You Are MoreÂ is both fresh and nostalgic and is sure to have broad appeal with multi-generational audiences. Distributed exclusively byÂ Provident/Sony, You Are More is available at digital and retail outlets worldwide.

You Are MoreÂ Track Listing:
MatchlessÂ featuring Point of Grace
What If It’s Us
You Are More
Roll Back RiverÂ featuring Ernie Haase & Signature Sound
Then There’s GraceÂ duet with Joseph Habedank
When I Let It Go
Nobody Knows Better Than MeÂ featuring The Isaacs
Let Your Light So Shine
Seasons of the Soul