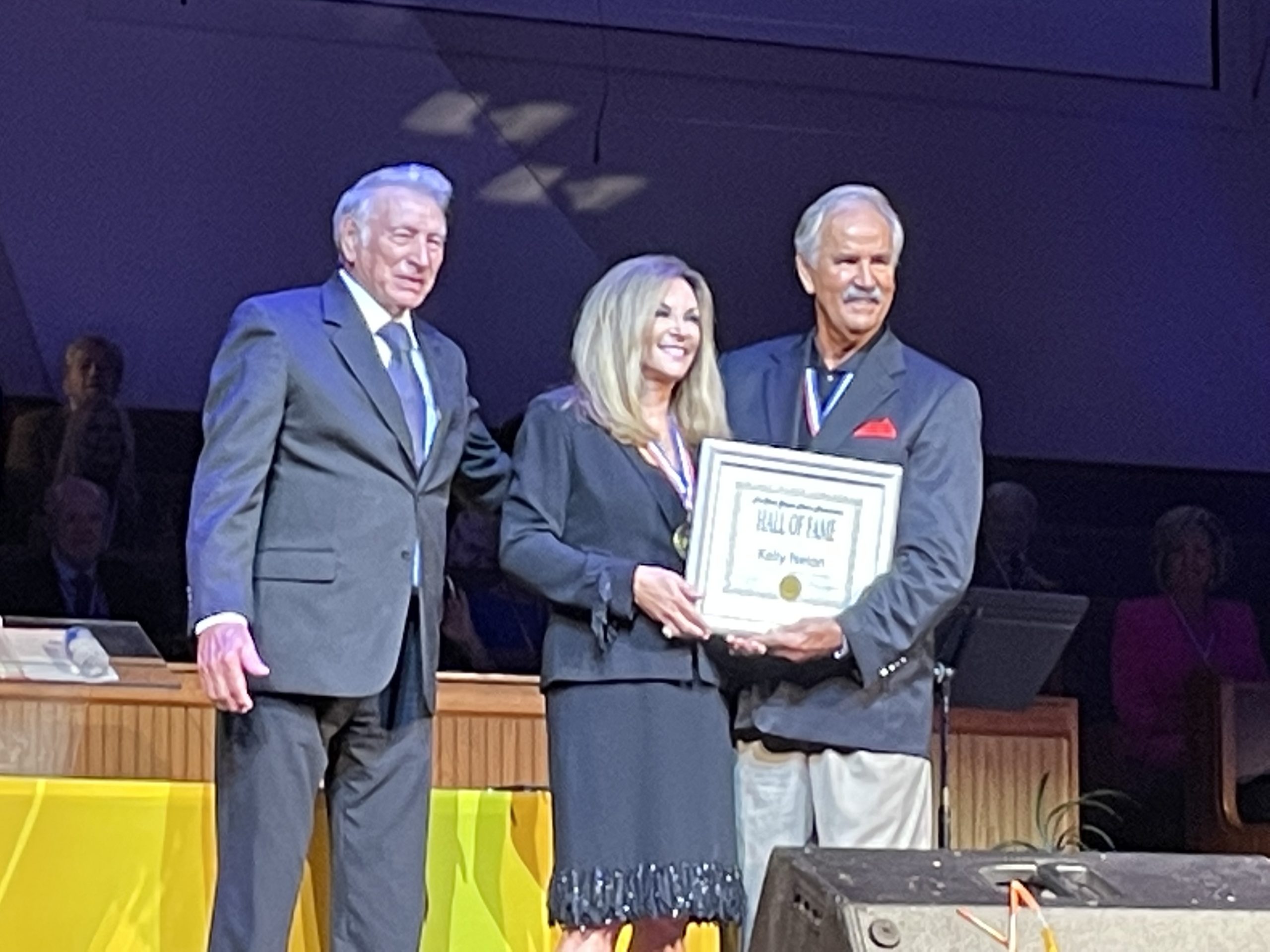 Members, friends and family gathered for the Induction Ceremony for the 2022 Class Induction of Tri-State Gospel Music Member Association Hall of Fame. Once again this year it was at Parkway Church, Fort Oglethorpe, GA/ It was presented by Will Dickerson and emcee was Ken Hicks. This year Peg McKamey Bean, whose roots as performers, stretch from the mid 50’s on through 2019. Ruben Bean who sang bass for the group was also inducted into the HOF. Nationally know Southern Gospel Singer Kelly Nelon was inducted.

Actor, author, promoter, bluegrass singer and musician Randall Franks, became a member. Randal founded the Sacred Sounds providing scholarships for the youth in music Autumn and Amber Nelon received the award for their grandfather Rex Nelon. Rex is know for him time with The LeFevres and the Rex Nelon Singers where he was the bass singer. Woody Wright who is widely known through the industry was inducted into the HOF. Other inductees included Adam Borden, Darren Haskett, Jeff Kelly and Willie Kitchens.

Event opened with all former and new members in the choir singing together after which each new member was recognized and presented with the award. This was followed by several scrap iron quartets and trios from the former members. The Nelons closed the event with a concert.