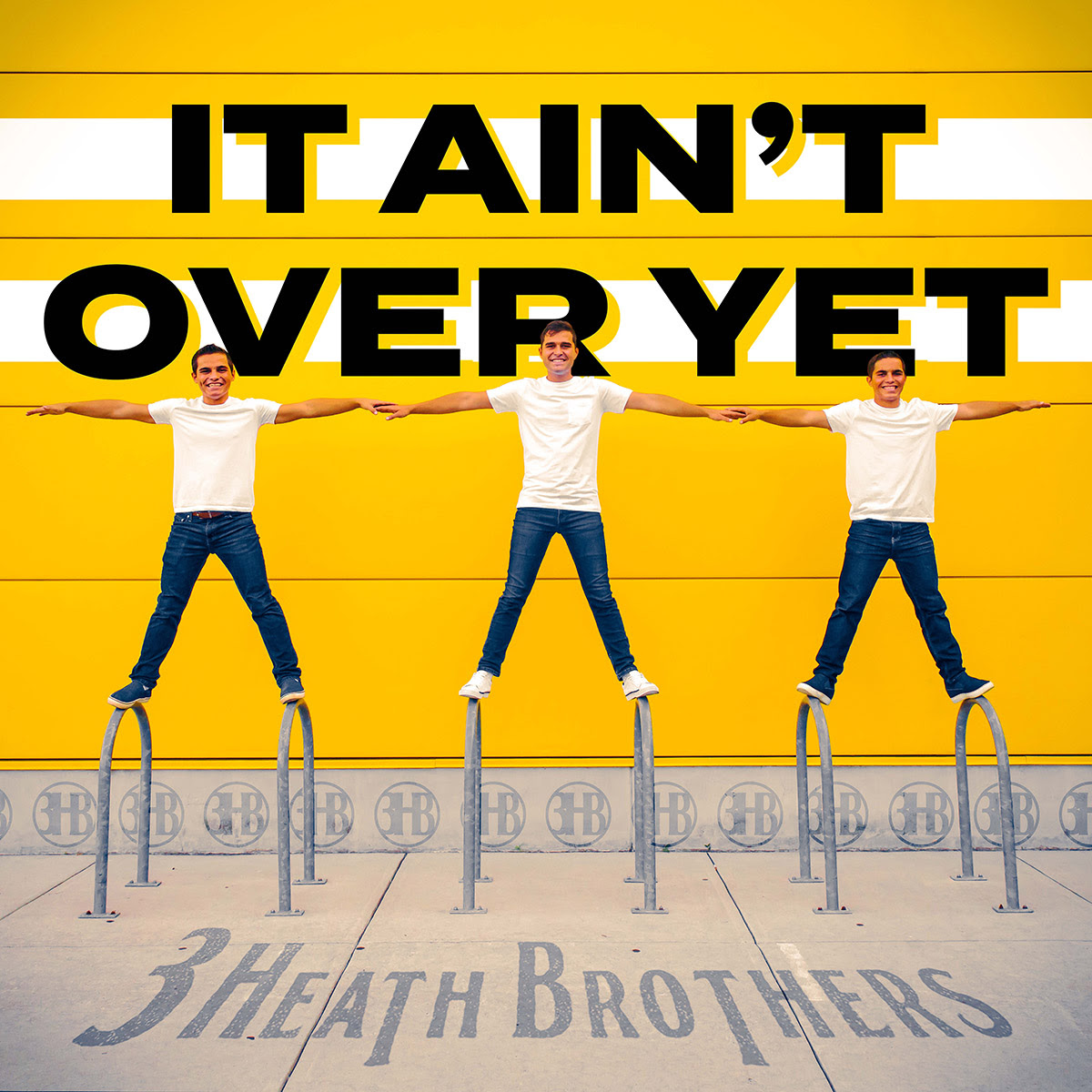 Arden, North Carolina  — Following the success of their featured appearance on the Kingdom Heirs’ hit, “A Good Day Coming On,” the 3 Heath Brothers ring in the new year with their own single, “It Ain’t Over Yet” — the first new music that’s all theirs since the release of their 2019 Horizon Records full-length debut, Who We Are.

Written by the powerhouse team of Paula Stefanovich and Steve Marshall, and produced by the oft-awarded Roger Talley, “It Ain’t Over Yet” cements the youthful group’s reputation for delivering the unchanging message of salvation through fresh, contemporary Gospel music that resonates with their generation and beyond. The song wraps inspired vocals from Clayton Heath (verse one) and Christian Heath (verse two) that range from hushed to triumphant — and the trio’s powerful sibling harmonies — in a modern musical setting to encourage the feeling of hope that stems from recognizing Christ’s ultimate victory.

When pain and hardships seem unbearable, “It Ain’t Over Yet” tells the listener that these things pass, that strength is found through faith in God, and that the struggle “ain’t over” because He has a plan. In the inspirational words of the chorus (where Nicholas Heath joins his brothers):

As the Brothers put it, “We are so excited about the awesome message of hope in our new song, ‘It Ain’t Over Yet!’ God has a plan for your future! We have already seen the impact it has had on audiences all across the country and we are so excited to finally bring this song to our broadcast and streaming audiences as well.”

Listen to “It Ain’t Over Yet” HERE.