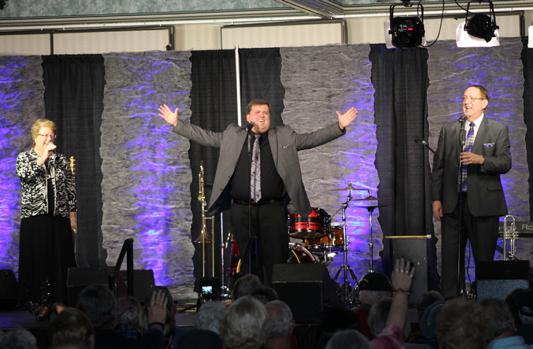 Creekside From Dream to Reality Itâ€™s About Family
by Kristen A. Stanton

The story of Creekside for owner Rob Patz really began on a beach in Washington state. â€œI was praying,â€ Rob recalled, â€œand asking God to show me what to do. I wanted to create an event that would help both new and established ministries alike.â€ Rob had a dream of growing gospel music.

Creekside started off initially, in his mind at least, as a one day event and a place to host the Diamond Awards. However, right there while walking and praying on the beach, God gave him vision of a multiple day event in Pigeon Forge which is now known as Creekside Gospel Music Convention. â€œIt was really cool. During that time while I was walking, God changed my entire vision and laid out the entire event. I went back and wrote everything down,â€ Rob explained. For the most part, what you see as Creekside is the exact model God gave him that day.