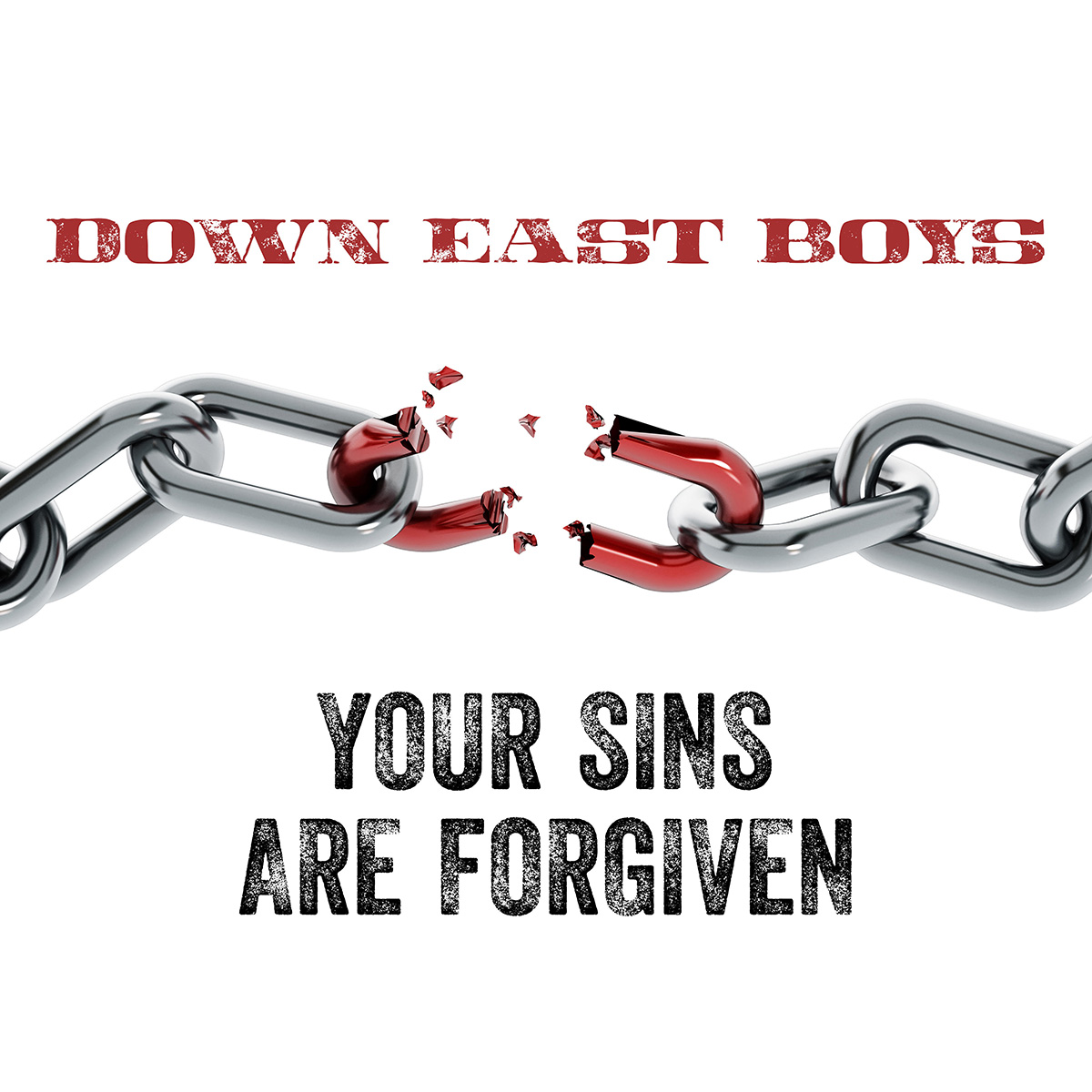 Arden, North CarolinaÂ  â€” Since the 2018 release of their albumÂ One Day In The Past, theÂ Down East BoysÂ have seen their songs top the charts (â€œBeat Up Bible,â€ â€œTestimony Time,â€ â€œIâ€™d Like To Tell It Againâ€Â andÂ â€œAmazing Amounts of Amazing Graceâ€) while enhancing their reputation as some of the best singers in the genre.

For their first single release since their 2020 album,Â Faithful Still, theÂ Down East BoysÂ are telling a Biblical story that serves as a reminder for the power of faith in Christ.

InÂ â€œYour Sins Are Forgiven,â€Â theÂ Down East BoysÂ relate the story of Jesus healing the paralyzed man in Capernaum. Four men were determined to bring their friend to be healed and they lowered him through the roof to get to Jesus who â€” recognizing the friendsâ€™ determination and faith â€” forgave the manâ€™s transgressions and healed him.

Featuring tenor singerÂ Doug Pittman, the song foreshadows the grandeur of its theme almost from the first notes, as shimmering strings pick up the pianoâ€™s opening motif, before giving way to the beginning of the inspirational tale. A contemplative, almost hushed verse recounts the basics of the story, and a second drives home the message to all listeners before each leads into the songâ€™s triumphant chorus:

â€œâ€˜Your Sins Are Forgivenâ€™Â is a song that moved me the first time I heard it,â€ says lead singer,Â Ricky Carden. â€œAs we travel each week our ultimate goal is to tell people of the saving knowledge of Jesus. This song goes straight to the point that no matter where you are or where you have been Jesus can forgive the sin in your life and forever your life can be changed!â€