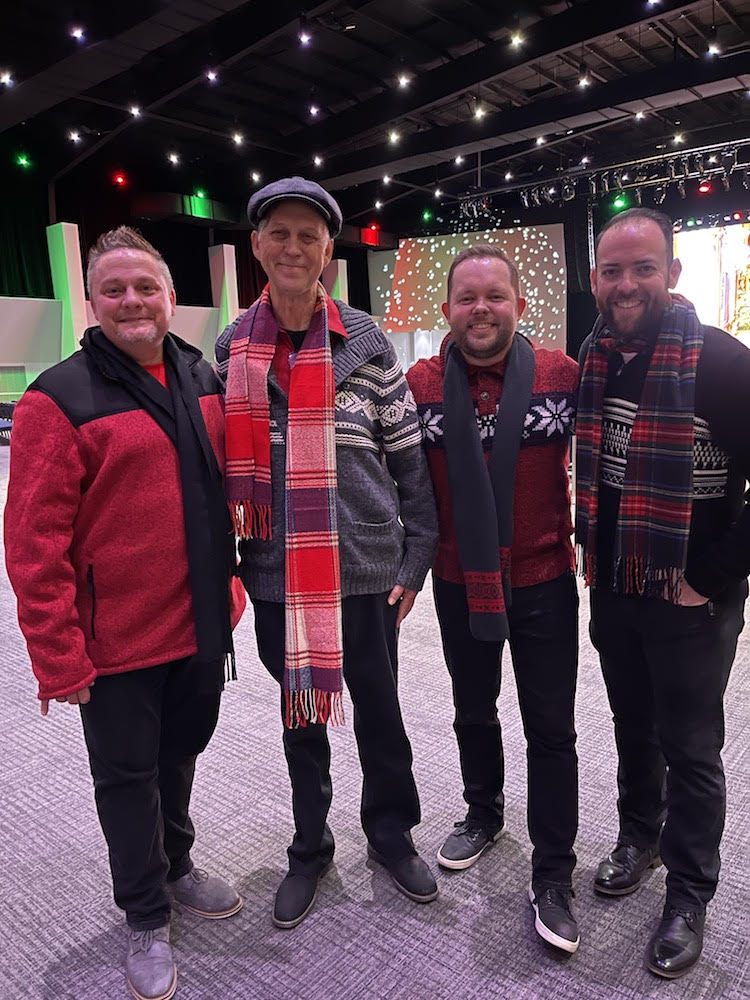 Franklin, TNÂ  Steve Hess and Southern Salvation released a new lyric video, â€œGod Made The Rainbowâ€. The song is part of a series of songs written and recorded to support the ministry and Biblical teaching of The Ark Encounter. The group is the resident artist at The Ark, performing around 400 concerts a year.
â€œGod Made The Rainbowâ€ was co-written by Steve Hess and John Mathis Jr. under the guidance and direction of CEO and Founder of The Ark Encounter, Ken Ham. This is the fourth song that has been written with the specific purpose of reinforcing Biblical teachings such as creation, the foundation of the Bible, pro-life and the true meaning of the rainbow. Previously released songs in the series are; â€œSix Daysâ€, â€œFoundationâ€ and â€œThree Beating Heartsâ€.
The new recording was co-produced by Steve Hess and John Mathis Jr, and tapped the musicianship of Gordon Mote, Kelly Back, Mark Burchfield and Lonnie Wilson. The song will be a part of the live concerts performed by Steve Hess and Southern Salvation at the Answers Center Theater in 2022. â€œGod Made The Rainbowâ€ is scheduled for release to all digital platforms by Mansion Entertainment (distributed by Syntax Creative).
The new lyric video can be viewed on YouTube:Â Â â€œGod Made The Rainbowâ€ Lyric Video