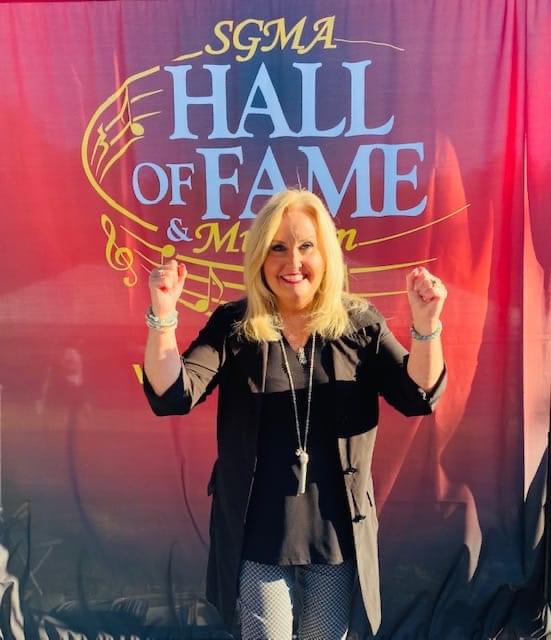 Itâ€™s official! Karen Peck Gooch is the first of four inductees to the Class of 2021 for the Southern Gospel Music Hall of Fame.

The Karen Peck & New River Homecoming is celebrating more than the 30th Anniversary of one of Christian musicâ€™s most celebrated artists. During the groupâ€™s Saturday night concert, SGMA Board Members Arthur Rice, Travis Bridgeman, and Alan Kendall announced that Karen Peck Gooch will be inducted into the Southern Gospel Music Hall of Fame.

SGMA Executive Board Officer Travis Bridgeman stated, â€œWe couldnâ€™t have chosen a better venue than to be in her hometown, at her homecoming concert, surrounded by family and lifelong friends!â€

The Southern Gospel Music Association will be announcing the remaining three Class of 2021 Hall of Fame inductees over the next few weeks.