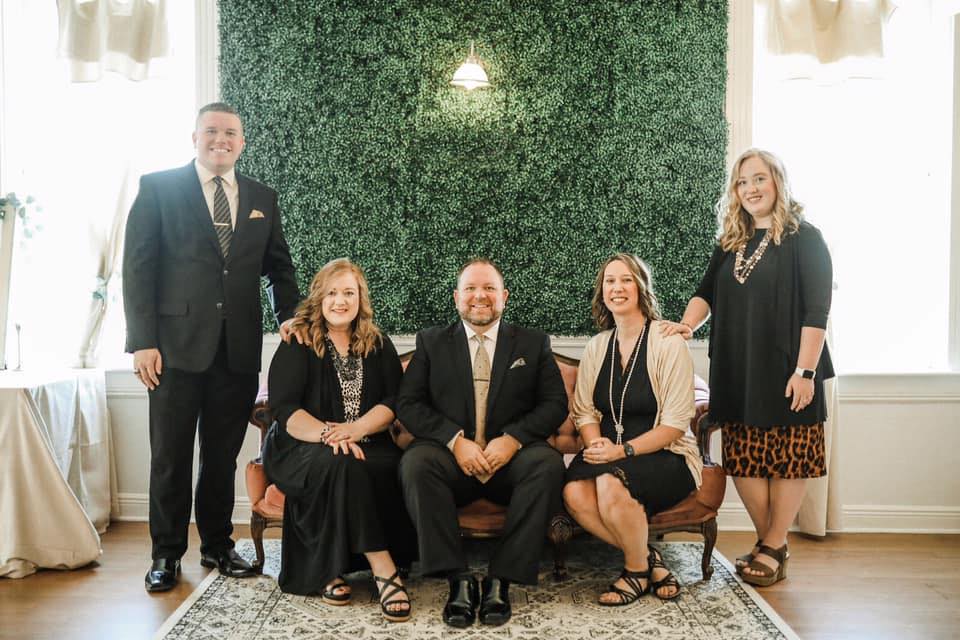 wrote the song around 1996. Crazy thing is I was a teenager. So for those words to resonant with me at that time in my life is a pretty powerful thing I think.
Thereâ€™s no life story behind the song. No tragedy or situation that I can recall that spurred the words. They just came to me and I wrote.

I took the song to my dad and asked him what he thought. He loved it and we got with his friend, my godfather, Terry Hunter who is a fabulous piano player and we got the musical arrangement set. We were traveling locally at the time as a singing trio. So the song was sung way back then but never recorded or picked up by anyone else. So after we stopped singing as a group, it kind of died away.

When we (The Pylant Family) were trying to find songs to include on our newest project, we wanted some original content. I went into the whole thing thinking my song would just be project â€œfillerâ€. Every project needs filler and I was fine with that and just excited about my one and only song Iâ€™ve written being included.

When we got to the studio to record, our producer, James Gordon Freeze, said this absolutely needed to be a single release from the project. I was blown away cause I mean, Mr. Freeze knows his stuff! After the band created the track from my humble demo we had sent them, I was amazed. It was absolutely studio magic! The track couldnâ€™t have turned out any better in my opinion and I wonâ€™t lie, tears were shed hearing it for the first time. Thereâ€™s just something amazing about hearing music put to words you penned, especially for a song written so many years ago that was all but forgotten. Thereâ€™s also something remarkable about hearing people sing and like the words and arrangement youâ€™ve created. Itâ€™s like, wow, God gave me something here that people appreciate and identify with! I donâ€™t know, maybe Iâ€™m silly. Thatâ€™s just cool to me.

I think weâ€™ve done a great job recording this song. It is exactly how I envisioned it. All glory to God of course! My prayer is that it reaches as many as possible for HIM and that someone gets a blessing from it.

This is not the end of songwriting for me either! Iâ€™ve written 4 or 5 songs since recording this one and I pray the Lord sends me even more.
I praise HIM for all Heâ€™s done for me and my family and pray even more blessings are on the horizon.

Thanks to everyone that shares our music and the DJs for playing it! We love and appreciate you and hope to see you down the road!