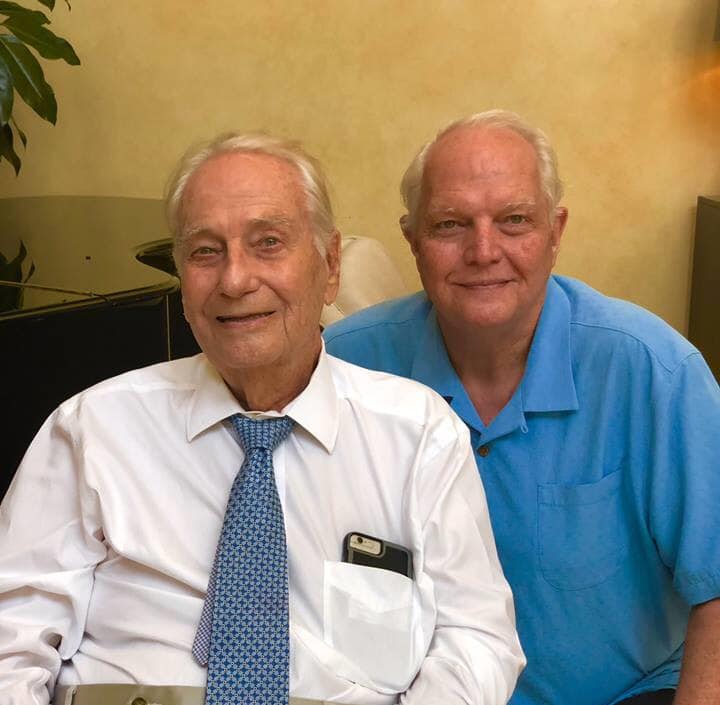 Both father and (oldest) son were natives of Greenville, SC, and shared a common
passion for radio broadcasting, which spanned more than four decades. They built
and operated numerous Christian radio stations all over the country, striving to
spread the Good News and provide a source of daily encouragement.

Rob, a liver transplant recipient in 2012, had fought a recent, cancer battleâ€”one
which reflected courage, determination and a zeal to press on. Despite the setbacks
he faced over the last year, Rob did not complain and continued to maintain contact
with his LifeFM staff up until his final days. Robâ€™s heart for ministry and testimony
of perseverance were a blessing to all who knew him.

Bob was a World War II Navy veteran who had served in the South Pacific seas
during wartime. Upon his return home, Bob married his wife, Fran. Together, they
partnered in many church ministry and business ventures. They raised five
children and were married for 58 years, until God called her home to heaven. Franâ€™s
death in 2010 served as a catalyst for the formation of The LifeFM Network, a radio
ministry known for its all-Southern Gospel Music format and encouraging message
to â€œlive life together.â€ At present, twenty-six stations can be heard in over ten
states.

Many are mourning the loss of these two godly servants but Liz McClure, Robâ€™s
wife, captured the essence of their labors with these words: â€œThere is nothing these
two enjoyed doing together more than expanding the Southern Gospel music
stations and bringing the blessing of the Gospel to so many…it was a shared vision
and legacy…they â€˜finished wellâ€™.â€