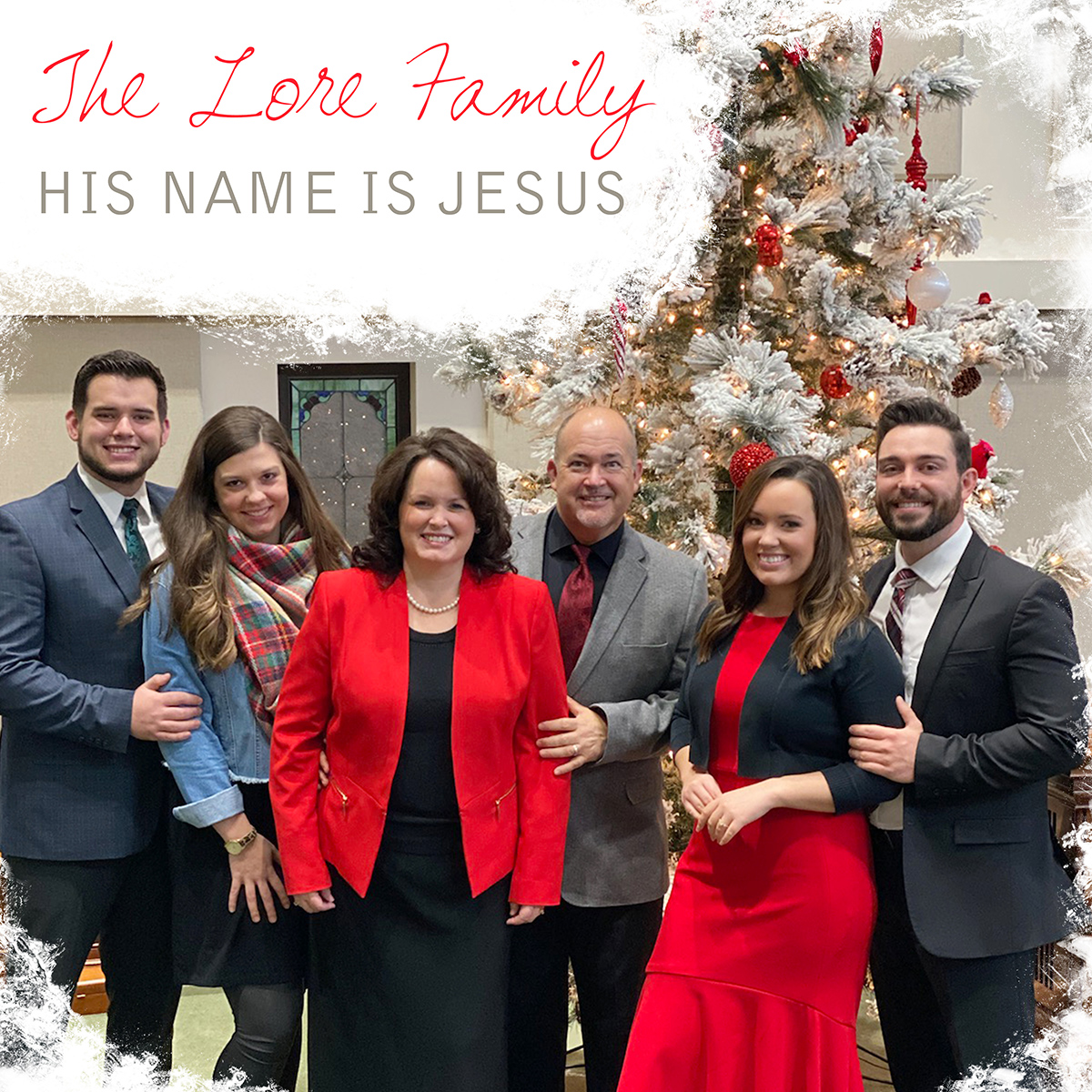 When enthusiasts speak, a wise artist will listen, and that’s the case with the new, Christmas-themed single from The Lore Family on Horizon Records. Even as their current single, “The World Needs A Song,” was just beginning its climb on the charts, when Darren Lore played the track for some colleagues at the National Quartet Convention, the response was overwhelming: this Christmas is just the time for the musical message of “His Name Is Jesus” to be heard by all.

Written by Lore and hitmakers Chris Binion and Nathan Woodard, the song establishes an irresistible groove from its very first notes, before Samuel Lore begins its depiction of Jesus’ birth, building in energy and spirit to the joyous revelation of the chorus: “His name is Jesus, God’s only son, the chosen one / Who was born to save us…”

As Samuel notes, “‘His Name Is Jesus’ is such a fun song! It has a country/southern swing to it unlike anything we’ve ever recorded. The best thing about the song is who it is all about: Jesus! My favorite line comes from the end of the chorus: ‘’Cause no other name could ever do what He does!’ We stand firm in our belief that only Jesus can heal, deliver, and save us!”

Jake Whisnant, who sings bass — and was recently married to Fayth Lore — further reflects on “His Name Is Jesus”: “With its upbeat, country flair, it’s different from your typical Christmas song. This song reminds us that even as a baby, Jesus Christ was and still is the God we have come to love. He is the promised Messiah that would save God’s people from their sins and that’s exactly what He will do for anyone who accepts Him.”

Listen to “His Name Is Jesus” HERE.