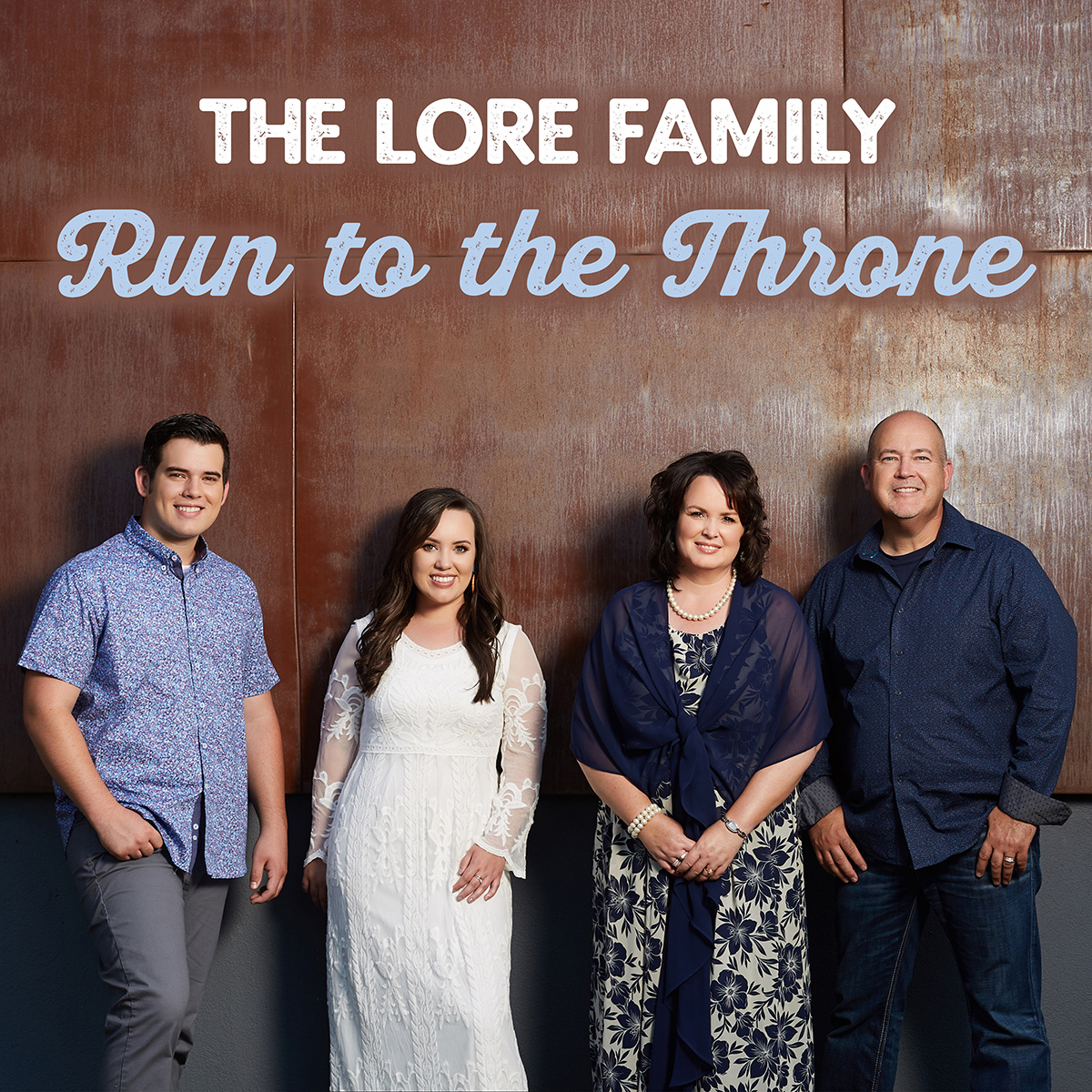 Arden, North Carolina â€” When it comes to releasing new music, two years can seem like forever to both artists and listeners â€” but thatâ€™s how long itâ€™s been since The Lore Family last shared new creative fruits of their faith and talent. Now, with their first single not drawn from 2019â€™s full length album, Hidden Blessings, the quartet reveals that, while their message of salvation remains unchanged, their artistic horizons are wider than ever.

With its echoes of African-American gospel sounds, â€œRun To The Throneâ€ introduces a new element into the Familyâ€™s sound â€” one that underlines the songâ€™s call to action and redemptive theme. Led by the urgency of daughter Faythâ€™s vocal, the quartetâ€™s performance, backed by simmering organ and restrained guitar, gains steady power as it moves from a hushed opening question â€” â€œAre you bending beneath the weight of all your past mistakes?â€ â€” through a ringing chorus that invites listeners to â€œcast all your cares, just leave them there, Heâ€™ll make them His own,â€ to a call-and-response closing that resounds with the energy of an altar call.

â€œI believe that ‘Run To The Throne’ is one of those songs that feels like you’re drinking a cool glass of water or catching a breath of fresh air,â€ says Fayth Lore. â€œThe simple, yet direct, lyrics share such a profound truth that is easily forgotten. God wants us to come to Him. He loves us unconditionally. He is calling to us. He is drawing us to His side.

â€œOur society prides itself on being self-sustaining and independent, but God created us to need Him. I Peter 5:7 reminds us, ‘Casting all your care upon Him; for He careth for you.’Â It doesn’t matter if we’ve strayed from Him or we’ve been hurt, and it doesn’t matter what your need is.Â He calls us to His throne: â€™To the weary, Jesus says come!â€™â€

Listen to “Run To The Throne” HERE.