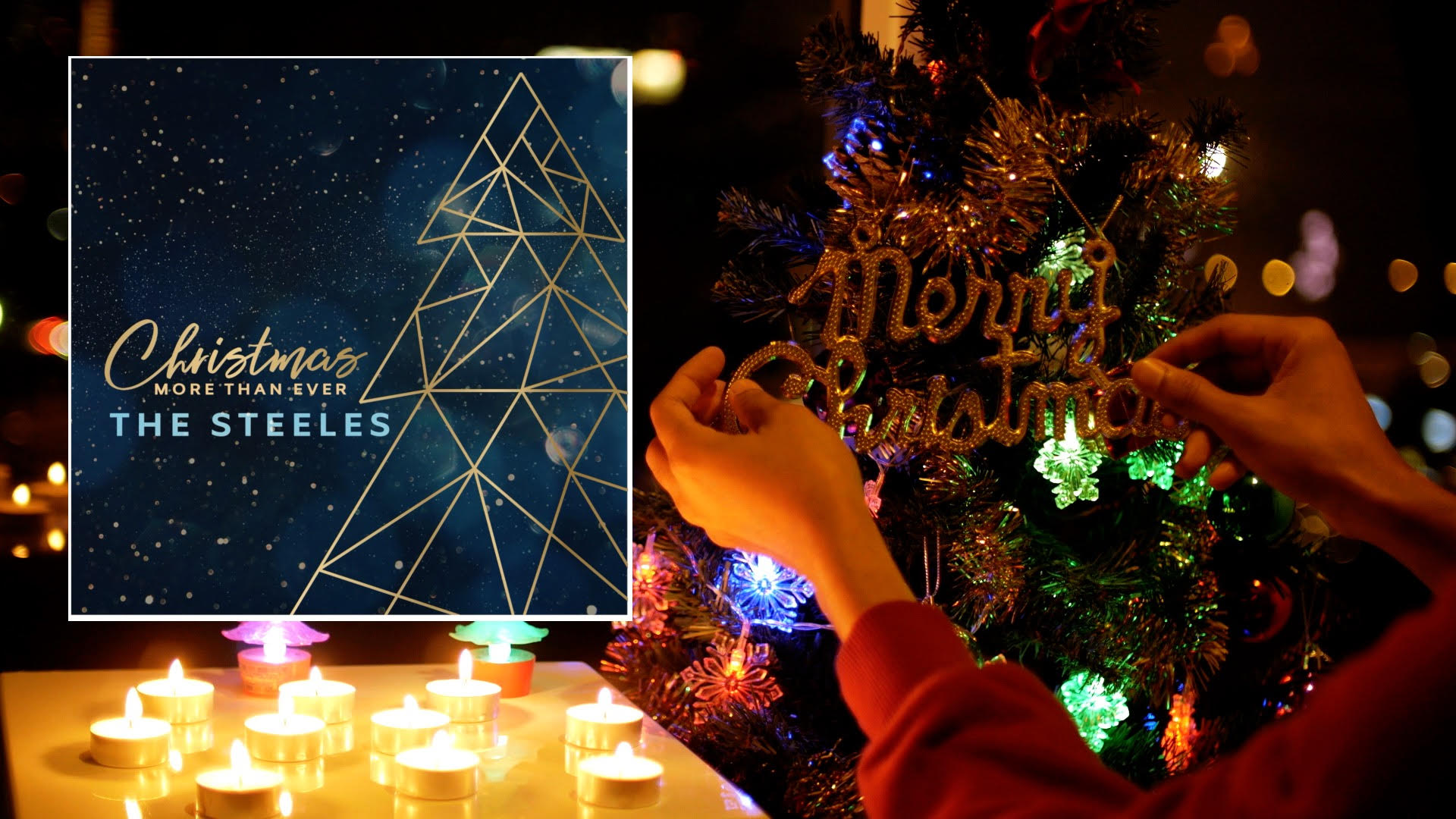 Franklin, TN  The Steeles have released the official lyric video for “Christmas More Than Ever”. The release of the video follows StowTown Records digital release of the new Christmas single to all digital outlets on December 3rd.  The recording was produced by Dove Award- winning, ©GRAMMY-nominated producer Wayne Haun in collaboration with Trey Ivey, and written by Jeff Steele, Brad Steele and John Mathis Jr. The “Christmas More Than Ever” lyric video is available on both the The Steele’s YouTube channel and The Steele’s Facebook page.