Crabb and DeMarcus share a long history of friendship and collaboration, first working together on 2013’sÂ Love Is Stronger, then reuniting for the GRAMMY award-winning record,Â Unexpected, that was released in 2018. Through the years, the two have remained close friends and the pair could not be more excited about this moment.

Speaking to Billboard, DeMarcus says: “Iâ€™ve always loved making music with Jason even if it was just sitting in the studio helping him capture his vision but this was just beyond anything I could have imagined. Iâ€™m so glad heâ€™s here.”

“I feel like heâ€™s more like my family, my brother, than anything and thatâ€™s the way it feels in the studio,” Crabb says. “There is no other place that I would rather be. What a huge honor.” 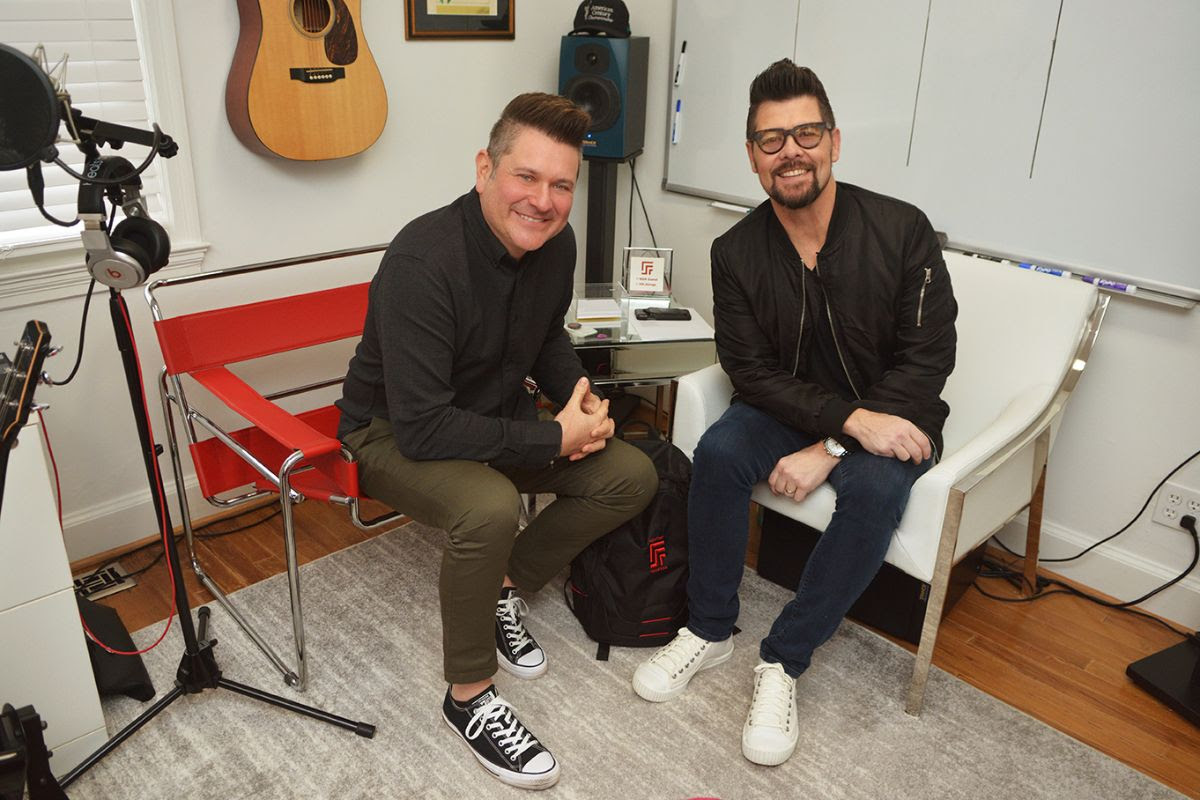 The entire Red Street Records team is thrilled with the addition of Crabb. President/General Manager Mark Lusk states: “To have someone like Jason Crabb join our roster is a monumental moment for Red Street Records. Jason Crabb is one of the most talented artists I know and I smile every time I hear him sing because itâ€™s amazing to me how good he is. His artistry is well-known but what I love most about him is his heart for people and ministry. He truly loves everyone, and he shows Christ to everyone he meets. Iâ€™m proud that heâ€™s part of the Red Street family.”

In addition to recording, Crabb has signed a publishing agreement with Red Street Records. Don Koch, Executive Vice President / Creative / Publishing comments: “Jason is truly an anointed person and I can’t wait to hear the songs that come from his life experiences. He has a clear understanding of who he is and what God wants to say through him. It truly is an exciting time and we are ecstatic to have him at Red Street.”

Crabb will also serve as a mentor and advisor to younger acts being developed at the label. DeMarcus says: “Jasonâ€™s presence at our record label is not just about him being an artist, itâ€™s also about the experience and knowledge that he brings to our younger artists that we have on our roster. Thereâ€™s a larger aspect of what Jason is trying to do at this point in his career than just simply making records and going out and touring on those records. Our partnership goes much deeper than him just simply being an artist.”

New music from Crabb is expected in 2020. 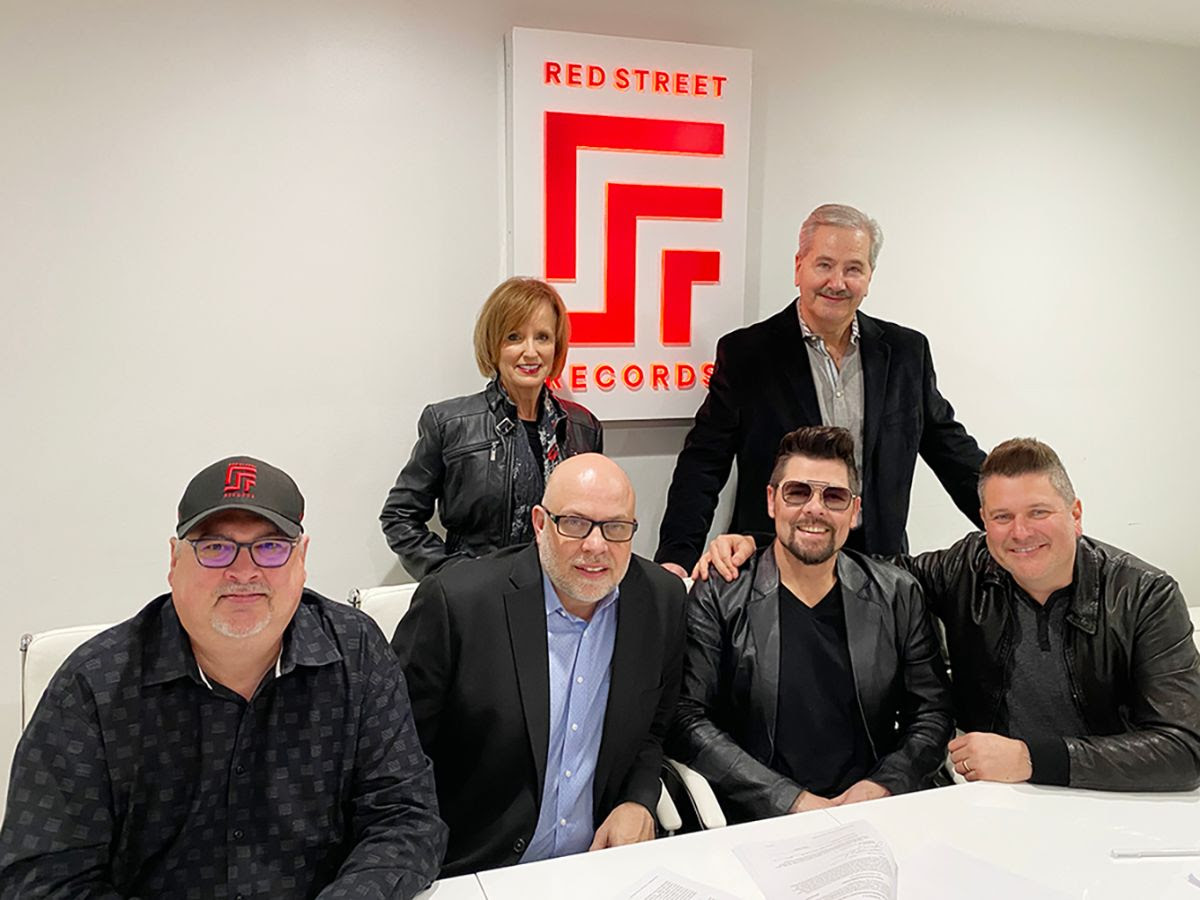 Managers Tina & Philip Morris (back) with Don Koch, Mark Lusk, Jason Crabb and Jay DeMarcus
ABOUT JASON CRABB:
In his career, Kentucky-born Jason Crabb has been honored with 2 GRAMMY awards along with 22 GMA Dove Awards â€“ being named the Gospel Music Association Dove Awards Artist and Male Vocalist of the Year along with Song of the Year â€“ along with a host of industry honors and recognitions, with chart-topping hits that inspire the multitudes. Among his honors, he is the youngest member to be inducted into the Kentucky Music Hall of Fame, and his hometown of Beaver Dam, KY recognized him by naming a street as Jason Crabb Drive.
Crabbâ€™s electrifying stage presence, powerhouse vocals and magnetic personality have endeared him to millions across the world â€“ through extensive personal appearances, media coverage, and social media including over 20 million views on YouTube.
Since his first solo release in 2009, Jason Crabb has performed at many of the worldâ€™s most prestigious stages such as Carnegie Hall, the Grand Ole Opry, the Brooklyn Tabernacle and Billy Grahamâ€™s final crusade in NYC. He has also shared the stage with artists such as Gloria Gaynor, Kari Jobe, Vince Gill, Mary Maryâ€™s Erica Campbell, Donnie McClurkin, Wynonna, Brad Paisley, Blake Shelton, Michael W. Smith, Jamie Grace, Sandi Patty, the Oak Ridge Boys and more. He has appeared on NBCâ€™s “Celebrity Apprentice” and alongside Duck Dynastyâ€™s Willie Robertson.
Crabb has been featured and covered by many media outlets as well â€“ including: People Magazine, Fox News, Country Living, The Huffington Post, Billboard, USA Today, Entertainment Tonight, and Country Weekly, among others, and was named one of Nashvilleâ€™s Most Beautiful People by Nashville Lifestyles Magazine. Crabb is also frequently seen on television hosting on TBN, appearing on awards shows and television specials for a variety of networks.
Whatever the Road, Jasonâ€™s 2015 release, was nominated for a GRAMMYÂ® for Best Contemporary Christian Album.
Unexpected, released on April 20, 2018, was honored with a GRAMMYÂ® at the 61st Annual GRAMMY AwardsÂ® in February 2019. The project was produced by Jay DeMarcus (Rascal Flatts) and features Gary LeVox (Rascal Flatts) and Kaya Jones, as well as a song written with disco icon, Gloria Gaynor.
ABOUT RED STREET RECORDS:
Jay DeMarcus â€“ member of Rascal Flatts, GRAMMYÂ® award-winning producer and bassist â€“ launched Red Street Records on October 24, 2019 during a press conference held at the Hutton Hotelâ€™s Analog. Along with DeMarcus, industry icon and award-winning songwriter/producer, Don Koch (General Manager), lead the Red Street Records team with a vision for the future. The desire of Red Street Records is to touch lives and spread the Gospel of Jesus Christ through music. To that end, we seek to partner with musicians who share this aim and who strive to achieve it through their innovative and visionary craft.