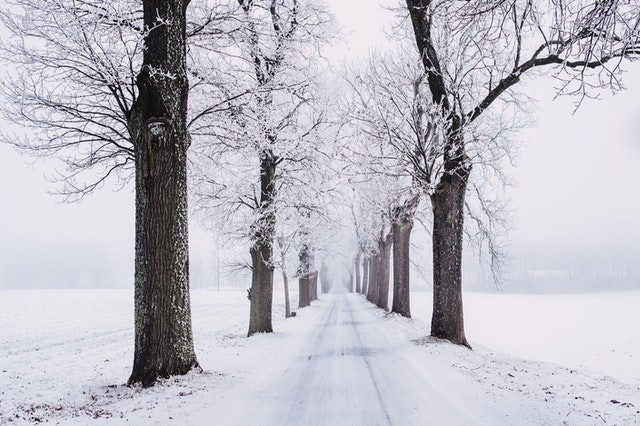 It was a cold snowy day in Indiana years ago. I was singing with the Northmen & Cathy that morning in a small country church. The pastor got up to preach after we sang, and he said, “Folks, I don’t know why God wants me to share this with you, but little is much when God is in it. We may be small in number today, but God is going to do great things here.”

I remember standing in the front row at the invitation and seeing the people of that church begin to weep and pray. As I stood there taking this in, one by one others came forward to be saved. In fact, four souls got gloriously saved that morning! I then understood the meaning of that phrase “little is much when God is in it.”

God was in that church and He made “much” of that “little” gathering that day. Since then, there have been many instances when this principle has been applied in my own life. I’m reminded of the story in the Bible where the little boy brought his lunch to Jesus. That “offering” was small but God used it in a great way.

Matthew 14:14-21 says this: “And Jesus went forth, and saw a great multitude, and was moved with compassion toward them, and he healed their sick.

“And when it was evening, his disciples came to him, saying, This is a desert place, and the time is now past; send the multitude away, that they may go into the villages, and buy themselves victuals.

“But Jesus said unto them, They need not depart; give ye them to eat.

“And they say unto him, We have here but five loaves, and two fishes.

“He said, Bring them hither to me. And he commanded the multitude to sit down on the grass, and took the five loaves, and the two fishes, and looking up to heaven, he blessed, and brake, and gave the loaves to his disciples, and the disciples to the multitude.

“And they did all eat, and were filled: and they took up of the fragments that remained twelve baskets full.

“And they that had eaten were about five thousand men, beside women and children.”

I pray the words of this song might bring you some encouragement today.

In the harvest field now ripened

There’s a work for all to do

Hark! the Master’s voice is calling

To the harvest calling you

Does the place you’re called to labor

Seem so small and little known?

It is great if God is in it

And He’ll not forsake His own

Little is much when God is in it!

Labor not for wealth or fame

There’s a crown, and you can win it

If you go in Jesus’ name

When the conflict here has ended

And our race on earth is run

He will say, if you’ve been faithful

No matter how small the “offering” you might have for God, He can use it in a great way!

Something to think about: Let God make “much” of your “little.”