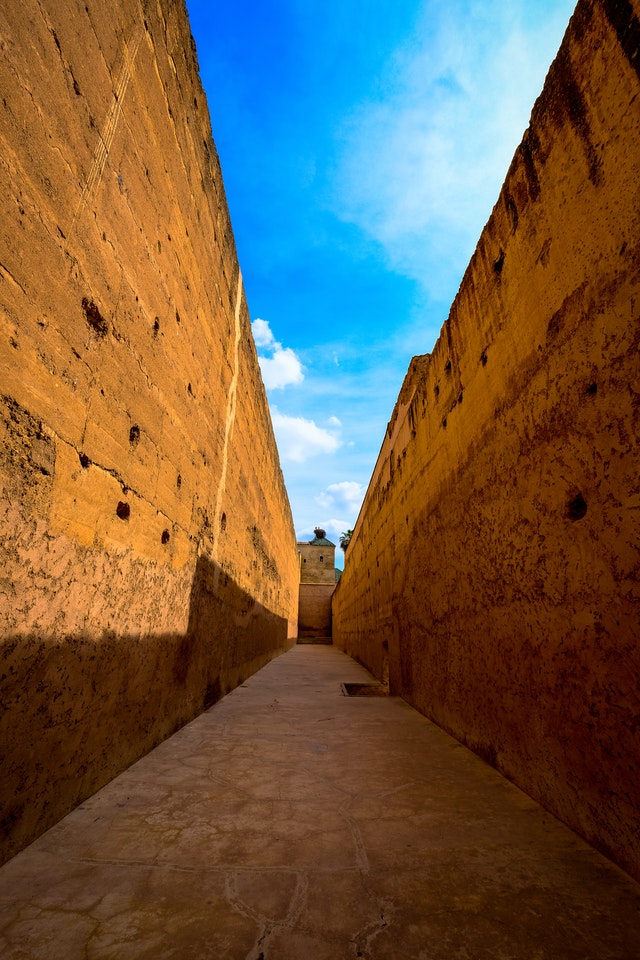 Joshua 6:4 says, â€œAnd seven priests shall bear before the ark seven trumpets of rams’ horns: and theÂ seventh day ye shall compass the city seven times, and the priests shall blow with theÂ trumpets.â€

First thing each morning they lined up. The armed men went first, then the seven priests who blew their horns each day. (I always thought it was quiet for 6 days but that was not the case. Go read it again.) Next the ark of the covenant followed by the people. The people were quiet, but the horns were blaring!

Imagine being in the city. You wake up with a start, â€œwhatâ€™s that!?â€ Horns, â€œwhose blowing those horns?â€ The city is locked down. Imagine waking up and wondering if your city is being attacked. For six days you wake up to horns and every day the people inside the city are trying to catch a glimpse of whatâ€™s happening outside the city. For six days people are talking amongst themselves. Questioning, hypothesizing, wondering what those crazy Jews are doing.

Itâ€™s the seventh day and again, the horns begin to blow but waitâ€¦they didnâ€™t stop. They continued on and on and on. This could have lasted for several hours to most of the day. Tensions had to be tight in the city. Thereâ€™s no way to stop the sound of those horns. It’s like you could hear the peopleâ€™s footsteps, even their breathing, and they are outside the wall. Meanwhile, the people in the city are holding their breath, they are practically motionless, paralyzed by the uncertainty of the day.

God has toyed with Jericho. He has discomfited them. Have you ever seen a cat play with a mouse? He doesnâ€™t just kill it. He bats it around, he frightens it, he keeps it scared. Itâ€™s enough to cause oneâ€™s heart to fail from fear.

Here is the good news, as good as God is at psyching out the enemy, as good as he is at toying with the enemy and waiting the enemy out, he is just as good at waiting for sinners to accept him.

In the end, the walls came down. Jericho was seized, and God got all the glory. It was the perfect ending.

Itâ€™s important that we give God all the glory when he answers, delivers, saves, and heals us. 2 Peter 3:18 declares, â€œTo Him be the glory, both now and to the day of eternity. Amen.â€

Amy-Freeman Nichols is the author of Think On This Devotion/Bible Study series. She is the founder of I Am The Preacherâ€™s Wife and half of the dynamic duo of Appointed2, a Christian Country evangelistic ministry.Â