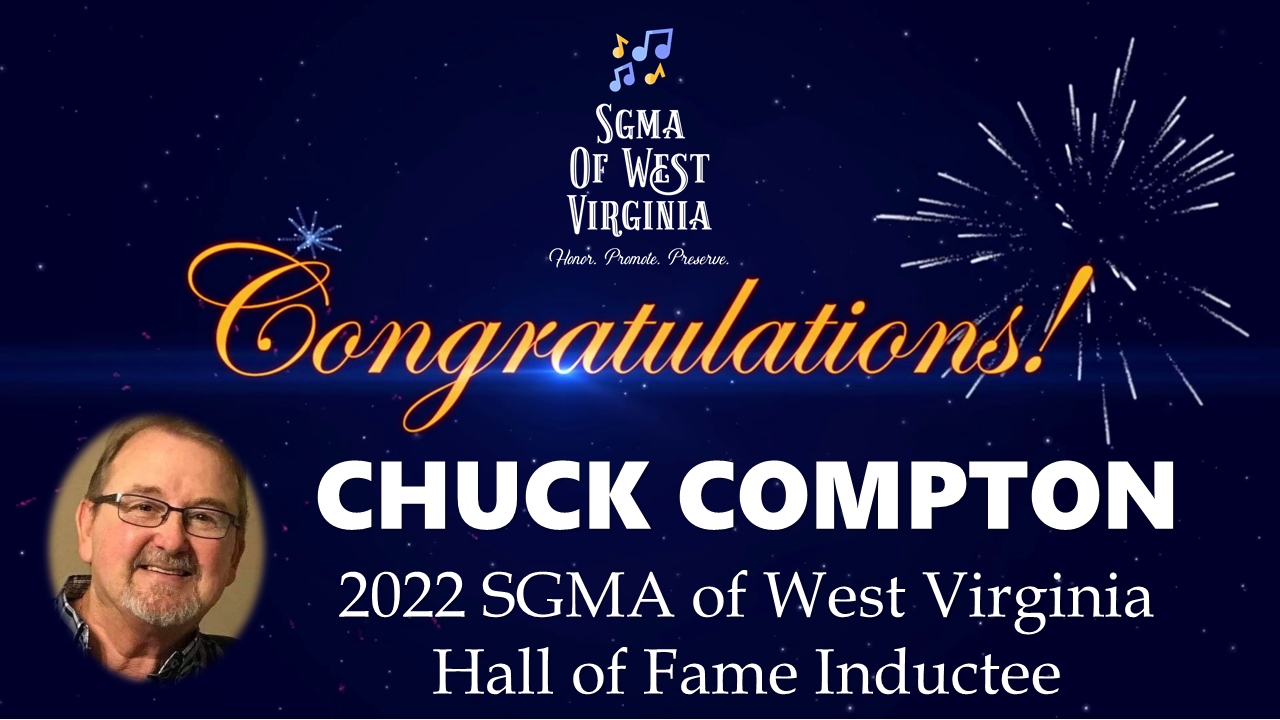 Have you ever heard someone described as being â€œthe total packageâ€? Being labeled as that surely is humbling, especially when it comes from your peers. But in the world of Southern Gospel music, Chuck Compton was often identified as having â€œitâ€: singing ability, the gift of songwriting, amazing musicianship and, most importantly, his spirit and obedience to God.
From early on, Chuck sang with his family group The Comptons.
They became well known not just in his home state of West Virginia, but throughout the eastern United States as well. The group enjoyed nationwide radio airplay, and appeared on the main stage of the National Quartet Convention.
In later years, Chuck began a solo ministry with the same passion for seeing the lost saved as he had with his family group. Anywhere he felt the Lord leading, he would go. He was dedicated to his craft certainly, but his faithfulness to his Lord and Savior Jesus Christ took top billing in his life.
The Southern Gospel Music Association of West Virginia is honored to announce Chuck Compton as the newest member of the SGMA of West Virginia Hall of Fame! He will be enshrined posthumously with the rest of the inaugural class on March 19, 2022 at Charleston Mountain Mission Church. More inductees will be announced over the coming weeks so please keep checking our Facebook page for updates.
Congratulations to the Compton family!