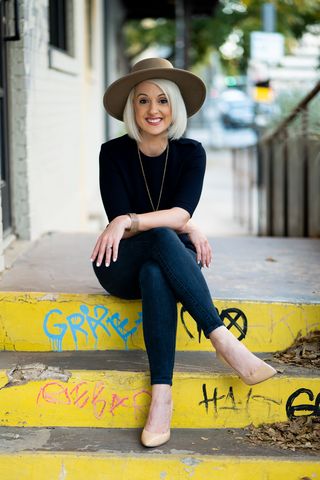 Using TikTok To Reach The Lost

Remember back in the day when there were no cell phones and you and your brother would literally fight over the home phone? Remember how you had to lock yourself in the bathroom just to be able to get 5 minutes of peace and quiet to be able to talk to your best friend and get the latest scoop? Remember when we had dial up computers and it would take 10 minutes to get connected to the internet and no one could get through on your land line while you were on it?

Ahhh yes, the good ole days, some of you would say. The days when Facebook was not even thought of and you had to call someone if you wanted to talk to them.

Fast forward several years, and now we have so many social media platforms that it has become a full-time job trying to keep up with all of them. Facebook, Instagram, and even Twitter I can handle, but TikTok? All I would picture when I heard that word was a bunch of teenagers doing these one-minute dances that would take me a year to learn. I could not get down with it. I honestly had a bad taste in my mouth with it and was wondering what was happening to our next generation.

I never imagined that TikTok could be used as a platform to tell others about Jesus, but this is not the first time that I have been proven wrong.

When searching through TikTok, I searched #christians and was floored by the number of videos that I found of people of all ages, using their platform to spread the Gospel. Whether it was by just praying, playing Christian songs, or funny little skits that had a Christian meaning, these videos were getting thousands to millions of views. Wanting to know more, I reached out to a couple users, and let me tell you, after hearing their stories, I came out receiving a blessing.

Cristina Baker, 35, currently resides in Texas, with her husband Ryan, and their teenage son Evan. She quickly became the sister I have never had. Having suffered from abuse as a child, and living a life of drug and alcohol addiction, Cristina was headed down a path to destruction.

Being a counselor by day, a man at work approached Cristina and told her that he had a word from the Lord for her. He proceeded to tell her that they had prayer meetings every day at noon on the third floor in the break room. After attending one of those prayer meetings, Cristina came to know Christ, and He saved her from a life of brokenness and pain.

Fast forward to March of this year, Cristina had a very vivid dream about TikTok. Not big into social media, she sought counsel with some close friends and mentors to process what she felt the Lord was telling her to do. While speaking with a friend, she was told to post a video on TikTok. Having the same thought as I do about it, she was not going to dare post a dancing video on there. Her friend said, “No, post a prayer.” So, Cristina did just that.

She never thought or imagined that anything would become of that prayer, but God had bigger plans and the video went viral. Since March, Cristina now has over 497 thousand followers and 5.9 million likes on her videos on TikTok.

Now posting several times a week, Cristina is reaching people all over the world, giving them hope that there is something more out there than just all the chaos going on in the world right now. She and her husband pray over each video, and although they are not able to reply to every comment, they take them before the Lord and pray over every person—that they find hope through Jesus Christ.

One encounter that Cristina has had was a man who had went through nine operations for throat cancer. He had sent Cristina a message, and that night she and her husband prayed for him. When they finally heard back from him, he told them that they were able to get 100% of his cancer, and he walked out of his doctor’s office cancer free! Praise the Lord!

After speaking with Cristina and getting to know her heart, I felt closer to Jesus. I can honestly say that God is using her and her husband to bring hope in a world full of hopelessness.

People come across her page, and they can feel the Holy Spirit in her prayers. They can relate to the brokenness that she came from, and they feel a sense of purpose that they have struggled with for so long.

Cristina has been able to take a social media platform, whose main goal is to provide entertainment to the millennial generation, and show the power of prayer. Even if it is for just one person that sees one of her videos and comes to know Jesus, Cristina believes that “it’s for that one person.”

Michael Farley, a husband and father, also resides in Texas, has a love for music but even a bigger love for the Lord. After reading Michael’s story, my heart was so broken.

Suffering from sexual abuse as a child, he watched his dad repeatedly abuse his mom. He had to knock on neighbors’ doors just to ask for some bread because he was so hungry. He was desperate. Attending 13 schools before he graduated, Michael had no hope, no goals, no passions, and more insecurities than he knew what to do with.

What he did have, was a love for music, and at 10 years old he and his friends would pick up coat hangers or broomsticks and would dream of having a band one day. Eventually, that dream became a reality and was the only thing that gave him hope.

One Christmas, Michael was invited to church, and he accepted Christ that day. That day changed his life, and the Lord slowly started healing his heart. His love for the Lord was so strong that he felt convicted about the songs that his band were singing, and he eventually quit. At just 18 years old, Michael knew he needed to put the Lord first but begged God to allow him to play for His glory. He later got an opportunity of a lifetime to play for a Christian band where they toured all over and got to share the love of Jesus. How amazing is that!

In just June of this year, Michael’s son-in-law introduced him to TikTok. Not sure what the app was or how to use it, he thought maybe it would be a good way to spend some downtime due to the pandemic going on. At first, his intentions were not to spread the gospel or tell about Jesus. His first videos were just him goofing around. However, he ended up posting a video of arranged hymns for acoustic guitar and it started to gain some interest. Because TikTok only allows one minute videos, he started posting one minute guitar lessons and the interest grew larger. He then started sharing some Psalms and combined it with playing hymns on his guitar. He is now able to do regular live concerts and tell of Jesus during these as well.

After just five months of being on TikTok, Michael has gained over 86 thousand followers and has 543 thousand likes on his videos combined! He also has been able to witness people coming to know the Lord through his videos and has helped people find their purpose in the One that created them.

After interviewing both Cristina and Michael, I saw a pattern. God took two incredibly broken people, who at one point, felt worthless, ashamed, insecure, and felt no purpose in life. He picked them up, and He made them whole.

God reminded them that He made them in His image, and He took their stories and turned it into a beautiful ministry. Through TikTok, they can minister to those who may feel inadequate and have lost sight of the One who created them. They can provide hope and peace through our Lord and Savior, Jesus Christ.

I love how God always seems to use the most broken people in the mightiest of ways. Let this be a reminder that it does not matter where you came from or what you have done. God can, and He will use you if you let Him.

In Him, you are enough.

Although the times have changed tremendously and we have had to learn how to adjust to the new normal, I admire these two for figuring out a way to use it for the Lord. Providing hope in a world of hopelessness, TikTok is more than just one-minute dance moves, it is reaching those that are searching for something to believe in.