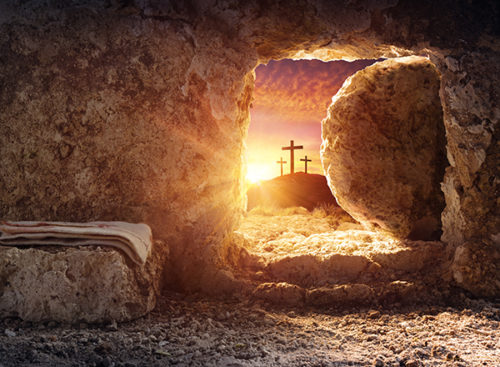 Easter is the Greatest Event. Ever.

There are key events that happened in scripture that are staples for those who follow Christ. Christmas is a big one. Scripture says that Jesus was conceived supernaturally and born through a virgin girl. While most Christ followers believe this, it is still debated and argued by those who refuse to believe that Jesus was God in the flesh.

The many miracles that Jesus performed were witnessed by hundreds of people, many of which wrote about what they saw. Despite the strong historical evidence of these events, many dismiss, deny, or try to explain them away.

The deity of Christ has always been disputed and attempted to be disproven. Ask any politician or public figure who has ever made a false claim, and they will tell you that you are asking for a huge magnifying glass to be placed over your life by those who want to prove you wrong.

Before Jesus was ever born, it had been prophesied and Mary let it be known that her firstborn Son would be the long-awaited Messiah. With such a claim, you know that every day in the life of Jesus was scrutinized and examined by those who were just waiting to prove that Maryâ€™s story was a lie.

Then after He predicted His own death, Jesus faced the cross. If you are the harshest skeptic, you could say that Jesus was not the first and certainly not the last religious leader to lay down their life for their cause. If you want to ignore the earth becoming dark in the middle of the day, the earthquake, the veil in the temple being torn from top to bottom, and dead people walking out of their tombs, then I guess you can debate the purpose and the epic battle that took place at Calvary.

You can ignore, argue, debate, dismiss and deny all of these things, but there is one thing that forces each one of us to face the glorious reality of who Jesus is, and that is the empty tomb.

Because Jesus had said that He would rise from the dead, all eyes were on that tomb. The Romans sealed it and guarded it with their lives. On that Sunday morning, when the immovable stone was rolled away, and what seemed impossible became possible, it had to have set off the greatest search for a body that the world has ever known. Finding the body of Jesus would have done what they thought they had accomplished with the cross. It would have killed any thought that Jesus was the Son of God.

That is why we celebrate Easter. That is what proves every word that Jesus ever said, explains every miracle He ever performed, and opens our eyes to the meaning of the cross. That empty tomb is what drives us to our knees and brings us to our feet when we hear the name above all names, Jesus. Â

Have a glorious Easter/Resurrection Sunday!