Arden,Â North Carolina (August 16, 2019) â€”Â Horizon and SonliteÂ artists are sharing the true meaning of Christmas and celebrating the season by using their music ministries to tell the story of Christ’s birth and inspire reverence toward His coming.

Down East Boys, Comfort And Joy 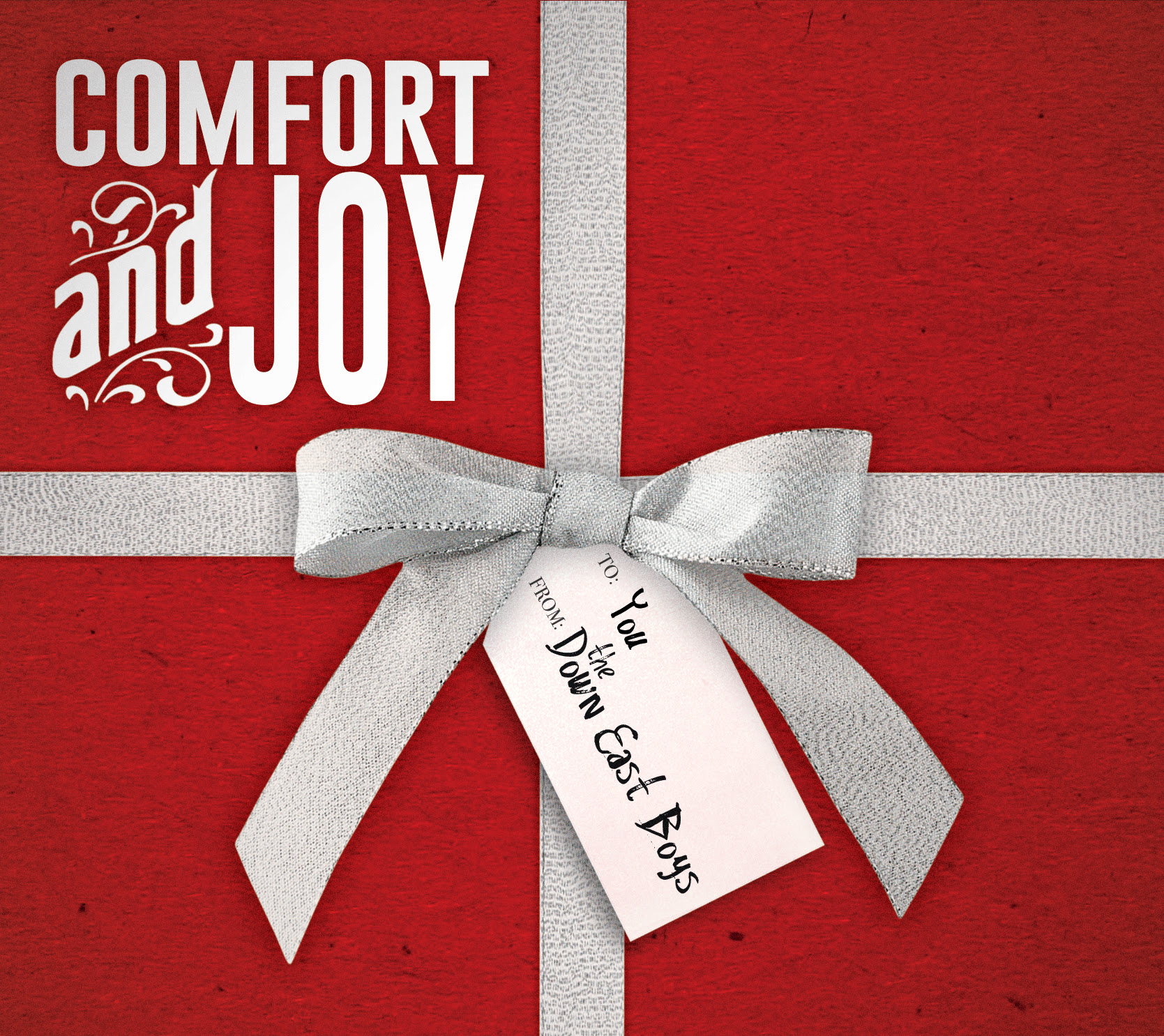 Beginning with the title track, this collection reminds that Christmas is about celebrating Christâ€™s birth and the joy and salvation it brought â€” and still brings us. The lyrics ofÂ â€œComfort And Joyâ€Â say each year, Jesus makes the weary world rejoice, and we should praise Him.
â€œGlorious Impossibleâ€Â follows, recounting the miraculous nativity story, telling us to open our hearts and souls to receive His love.Â TheÂ Down East Boysâ€™Â rendition of the classicÂ â€œLittle Drummer Boyâ€Â is joyful in its message. With happy hearts, we can serve Jesus with whatever gifts we have, no matter how small they seem.Â The collection also features an upbeat, quartet version ofÂ â€œChildren Go Where I Send Theeâ€Â and a Celtic feel to the old world tuneÂ â€œWexford Carol.â€
Comfort And Joy closes withÂ â€œCarol Of The Bells Medley,â€Â a festive, high-energy song that shows theÂ Down East Boysâ€™Â vocal talent. The voices come together to create a moving medley, that ends on the note, â€œChristmas is here!â€
Pre-orderÂ Comfort And JoyÂ HERE.

Capturing the wonder and awe of the Christmas season, 11th Hourâ€™s The Greatest Gift features familiar, upbeat and joyful songs that spread the news of Christâ€™s birth.

Beginning with a festive, â€œAngels We Have Heard On High,â€ this album immediately shows 11th Hourâ€™s vocal talent. With soprano Amber Eppinette taking lead, the song sets the tone of joyful anticipation and celebration during Christmas.

Alto Jaquita Lindsey sings lead on the somber â€œWhat Child Is This,â€ sharing the Biblical story of Christmas and inspiring reverence toward the miraculous birth of Christ. On â€œHome For The Holidays,â€ â€œChristmas Medley – Winter Wonderland, Sleigh Ride, White Christmas,â€ and â€œGo Tell It On The Mountain,â€ tenor Logan Smithâ€™s fresh lead vocals bring holiday cheer and excitement on these traditional Christmas songs. â€œJoy To The Worldâ€ embraces the overwhelming happiness Earth felt when Christ was born, while â€œO Holy Nightâ€ is a moment of stillness for quiet worship.

The album closes with the title track, written by Allan Eppinette. Itâ€™s a moving reminder that God sending Jesus to die for our sins and bring salvation will be the greatest gift we ever receive.

Filled with a blend of familiar Christmas songs and hymns, 11th Hourâ€™s The Greatest Gift provides a joyful soundtrack for the season that celebrates family and fun, but keeps the true meaning of Christmas.

Master’s Voice, The Season To Sing

Master’s Voice brings a traditional quartet style to The Season To Sing, a Christmas album that tells the story of Christâ€™s birth and the meaning it holds for all of our lives. With only a few traditional Christmas songs, Masterâ€™s Voice captures the spirit of the season with new music about finding joy in life because of salvation.

The album begins with â€œThe Season To Sing,â€ an upbeat song about angels announcing the arrival of Christ, moving people to rejoice and celebrate this moment of joy.

â€œHow Many Kings,â€ â€œReachingâ€ and â€œCome Make A Place In Meâ€ capture how amazing and once in a lifetime God and Jesus are, and how their love knows no bounds, filling the emptiness in our hearts whenever we need it. â€œStill Makes Me Sing,â€ with an upbeat driving feel, details the endless happiness Christâ€™s birth brought to Earth.

â€œFrom Bethlehem to Calvaryâ€ and â€œBeautiful Star of Bethlehemâ€ share stories of Christâ€™s birth and life on Earth. He brought light to those who needed it, and continually guides people through life to learn and grow through Him.

A few traditional songs, â€œSilent Night,â€ â€œGo Tell It On The Mountainâ€ and â€œIâ€™ll Be Home From Christmasâ€ complete the collection, adding reverence and joy to the Christmas season.

With every song sharing the joy, awe and wonder of Christâ€™s birth, The Season To Sing is a timeless, Southern Gospel Christmas collection from Masterâ€™s Voice.

Pre-order The Season To Sing HERE.

About Down East Boys
For more than 30 years, the Down East Boys quartet has traveled from coast to coast, Canada and Mexico. Starting in eastern North Carolina the group chose the name from that region called Down East, but quickly expanded its ministry and has now recorded more than 20 projects and has had more than 40 songs reach the top of the Singing News charts. They had back-to-back #1 singles with â€œBeat Up Bibleâ€ and â€œTestimony Time,â€ both from their most recent album, One Day In The Past. The Down East Boys features lead singer Ricky Carden, baritone singer Daryl Paschal, bass singer Zac Barham and tenor singer Doug Pittman, who each bring a richness to the groupâ€™s music and have been noted by industry leaders and singers as some of the best. The Down East Boys have been afforded many great accolades to their credit. From performing with many evangelists through the Billy Graham Evangelistic Association, singing at Southern Baptist State Conventions and Evangelism conferences all over the country, to all the awards and nominations and the hit songs, nothing changes the goal of this group and that is to share the gospel of Jesus unto all the world.

About 11th Hour
Over the last ten years of traveling on the road, 11th Hour has seen God do some incredible things. With musical influences such as Karen Peck and New River, The Martins, Gold City, and The Kingsmen, 11th Hour has stayed fresh and relevant while maintaining a versatile sound, able to lead congregations in moving times of worship. After reaching high acclaim, in 2012, 11th Hour signed a recording contract with Crossroads Music. Theyâ€™ve had five #1 songs on the Singing News chart and been nominated for numerous awards in Southern Gospel music such as Singing News Trio of the Year and AGM Album of the Year, while Amber Eppinette was nominated for Soprano of the Year. 11th Hour features Eppinette, alto singer Jaquita Lindsey and tenor singer Logan Smith.