SEVIERVILLE, Tenn.Â (March 24, 2020) â€“ NQC (the National Quartet Convention) has announced that NQC’s Spring Break festival will now be held on April 23 & 24, 2020. The fourth annual event will once again be held at First Baptist Church in Sevierville, TN. Produced by NQC â€“ Gospel Musicâ€™s Largest annual event drawing nearly 40,000 from 40 states and half dozen foreign countries to its annual fall festival at the end of September â€“ NQC Spring Break is designed to give gospel music fans a taste of the big fall convention and give gospel music fans an opportunity to enjoy the Smoky Mountains in the Spring as well as the fall.
Featured on the event this year will be last yearâ€™s biggest winners at the annual Singing New Fan Awards, the Triumphant Quartet as well as Dollywoodâ€™s host group, the Kingdom Heirs, both of whom reside in Sevier County. Also featured will be many artists often featured on the popular Gaither Homecoming series such as the Hoppers, Greater Vision, Mark Trammell Quartet, Jim & Melissa Brady along with the very popular Primitive Quartet and Singing News Fan Awards two-time Soloist of the Year, Joseph Habedank.
In addition to these popular Gospel Music artists, the event will also feature an appearance byÂ the East Tennessee Mass Choir featuring the choir members of First Baptist Sevierville, and several other area choirs.Â Being lead by First Baptist Sevierville Worship Pastor, Scott Andrews, the choirs will be performing a special to open the second half as well as singing with several of the featured artists. 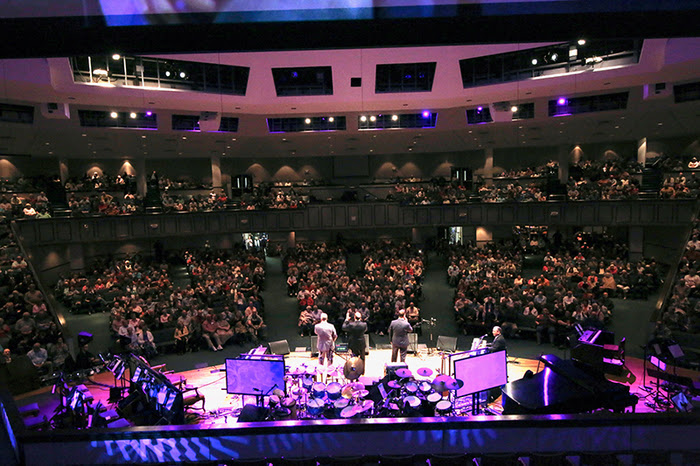